5 Iranian tankers are now going through the Mediterranean sea to Venezuela, completely ignoring us threats and sanctions. The US has already relocated in the Caribbean sea a few warships. 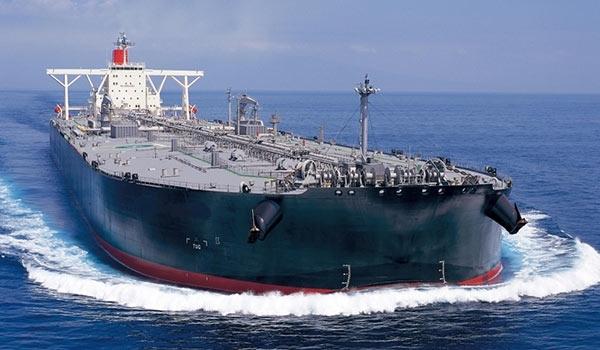 Iran officially warned the United States that attempts to stop Iranian tankers will be considered as an act of Maritime piracy and the USA will have to wait for serious consequences.

As an example, Iran brings the story of the “tanker war” with Britain, which Iran has emerged victorious, showing that in response to the capture of the Iranian tankers, he can capture the British tankers, as well as to openly threaten the destruction of British ships, if they try to interfere with the action of the IRGC.
The British last year, shamefully merged, showing that they understand only the language of force. The Iranians also learned that lesson and now use these same arguments in dealing with Washington than the language of force knows nothing. So as Iranian tankers will be approaching the coast of Venezuela, we likely can expect a new international crisis, as if the US will not do anything, it will look like a cowardly draining to Iranian threats and the second consecutive defeat for the Venezuelan direction, immediately after a failed military coup.

But if something will (begin to block or capture of the Iranian tankers), the consequences of this will not happen off the coast of Venezuela and in the Persian Gulf, where Iran could how to capture/attack the us tankers, and to strike at American bases. In General, waiting for an outcome.

Regarding Iraq and Syria, in Syria, Iran has stressed once again that significant contradictions with Russia, Iran is not there (the Russian Embassy in Syria confirmed that the critical differences with Iran), but to leave Syria Iran is absolutely not going, on the contrary, Assad as before will get the full support of Tehran.

As earlier explained the head of “Hezbollah” Nasrallah, the Israeli strikes and a U.S.-Iran proxy in Syria is not a major hindrance on the current and future deployment of Pro-Iranian forces in Syria who, like the Russian group that are in Syria are legally at the invitation of the Assad government. Under this vision, the Iranians will continue their operations (in the area of Abu-Kemal, despite periodic airstrikes, busily continuing the construction of military facilities. On the issue of withdrawal of U.S. troops from Syria, Russia and Iran coincide.

In Iraq, now appointed a new government that is weak already from the start. The current Prime Minister is more convenient to US than the previous one, but to get support of Shia parties, he had not only to agree with them candidacy to the office, but also to take responsibility for execution of decisions on the withdrawal of American troops from the country, which the United States is trying to delay, by transferring a portion of its military bases to the Iraqi military.

As the situation is unstable in Iraq again resumed the anti-government protests that support the United States and Saudi Arabia. While protests continue, the government of Iraq less reason to press on US and require immediate care, as it wants Tehran and the Shiite bloc in Iraq. Overall, the current government does not look durable and one can expect the continuing political crisis, where the question of withdrawal of American troops will remain one of the main catalysts of political instability.

In connection with the recent event, Ayatollah Khamenei tweeted:
“The Americans will remain in Iraq and Syria,” they will be expelled”.