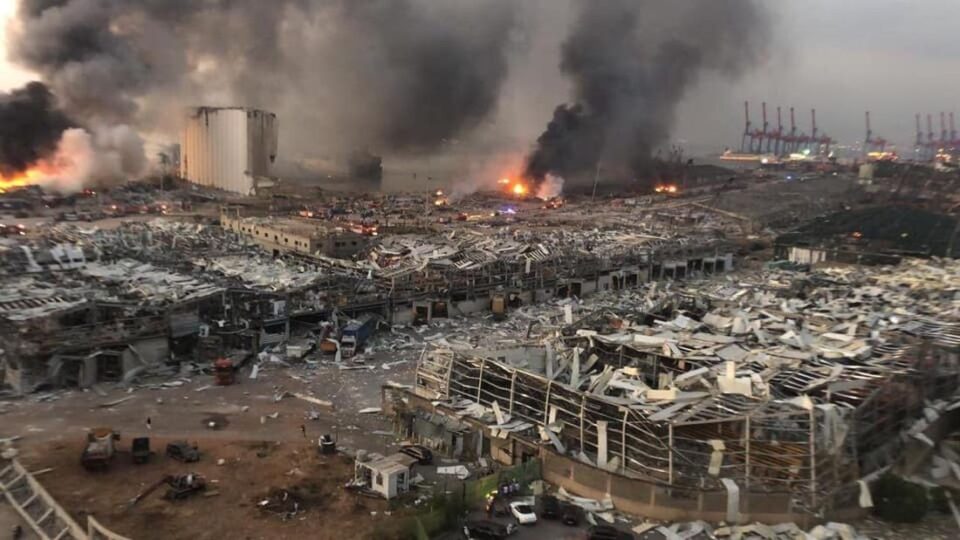 History knows of several such cases.

A powerful explosion occurred in the port of Beirut on 4 July 2020, shocked the world. The disaster claimed the lives of at least 135 people, injured more than 5 thousand. About 300 thousand people were left homeless, reports the Chronicle.info with reference to Browser.

The force of the explosion of ammonium nitrate was equivalent to the detonation of 1,000-1,500 tons of TNT. According to experts, this is one of the most powerful non-nuclear explosions, the force of which is equal to 10% of the explosive power of the Hiroshima bomb. What other man-made explosions of such power happened in history?

The explosion in Tianjin, 2015

August 12, 2015 in the port city Tianjin in Northern China a fire broke out. Burned the warehouses of the company “Zhuyhay” engaged in the transportation of hazardous chemicals.

The fire was caused by spontaneous combustion, overheated container with a dry nitrocellulose, and then burned the neighboring containers with ammonium nitrate and other chemicals. The spread of fire, firefighters failed to stop, and an hour later, two powerful explosions occurred at intervals of 30 seconds. The first was estimated at 3 tons of TNT equivalent, second – in 21 ton.

The victims of explosions began 173 people, including 92 firefighters. Was destroyed three apartment buildings in a radius of a kilometer, and three days later the air was hazardous sodium cyanide: the local population was evacuated.

The train explosion in North Korea, 2004

22 April 2004 North Korea at the station renchen faced two of a train carrying liquefied petroleum gas and gasoline. The collision was followed by a powerful explosion. To avoid disseminating information about the disaster, the DPRK authorities have blocked all the phone lines in the area of the tragedy.

The station was completely destroyed, the ashes with the wind crossed the border with China, 20 km from ranchan. Was also destroyed and damaged several thousand houses. In neighboring South Korea, the force of the explosion was estimated at 26,5 tons in a trotyl equivalent. The exact number of victims is still unknown. South Korean TV channel YTN reported that killed and injured up to 3 thousand people. According to official data of China, killing 154 people, 1 thousand 249 people were injured.

The accident at Chernobyl, 1986

The accident at the Chernobyl NPP occurred on 26 April 1986, is the largest man-caused environmental disaster of our time. The explosion at the fourth reactor of the Chernobyl nuclear power plant caused the destruction of part of the reactor block and turbine hall. The reactor was destroyed within three seconds.

It is believed that the explosion at Chernobyl was not nuclear, but chemical, the main affecting factor of which was the radioactive contamination. The victims of the explosion and radiation were about 4 thousand people. More than 115 thousand were evacuated. About 600 thousand people participated in liquidation of consequences of explosion. 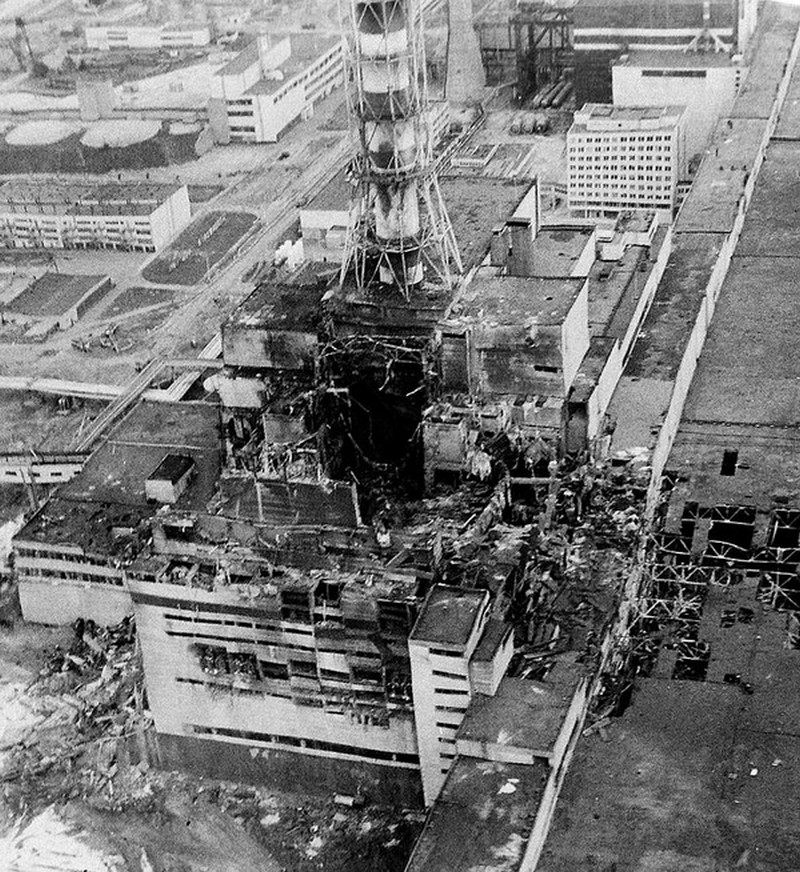 The largest in the history of Russia and USSR railway accident occurred on Sunday 4 June 1989 near Ufa. It was a blast clouds of light hydrocarbons (propane, butane), formed as a result of the accident on the pipeline in Siberia – Ural – Volga region.

Night, at the time of passage of this polluted plot of two colliding trains, huge explosion rocked the cars and the fire started. The trains were more than 1.3 thousand people.

The shock wave from the rails were dropped on 11 cars, 7 of them completely burned. The remaining 27 were burned outside and inside. Killed, according to official figures, 575 people (other – 645), 623 still received a disability. 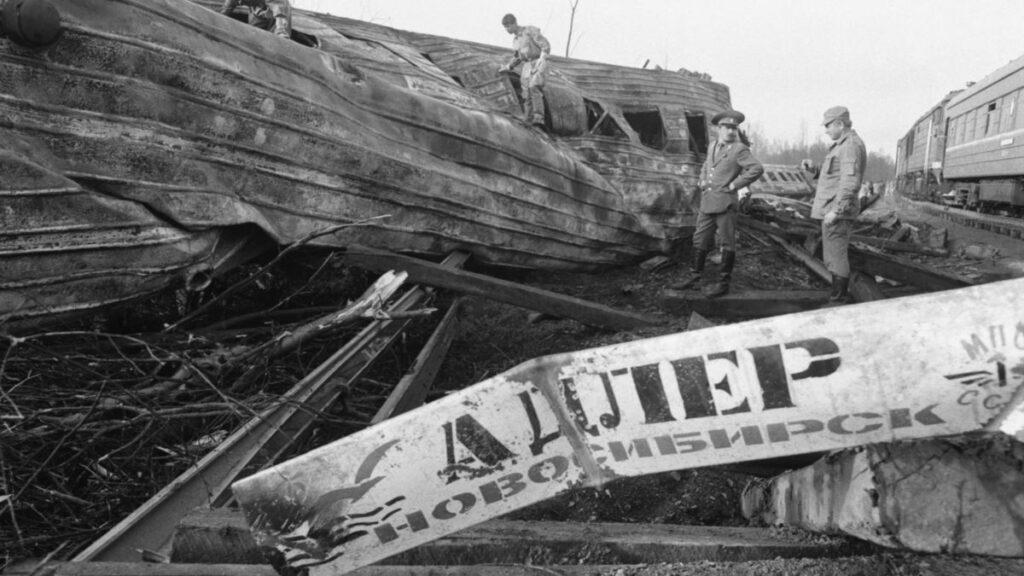 April 16 1947 in the port city of Texas city, USA fire on Board the French ship “Grandcamp” led to the detonation of about 2 thousand 100 tons of ammonium nitrate, which resulted in a chain reaction of fires and explosions on nearby ships and storage tanks.

Killed at least 581 people (including all, except one, employees of fire protection Texas city), more than 5 thousand people were injured, 1 784 thousand were in hospital. 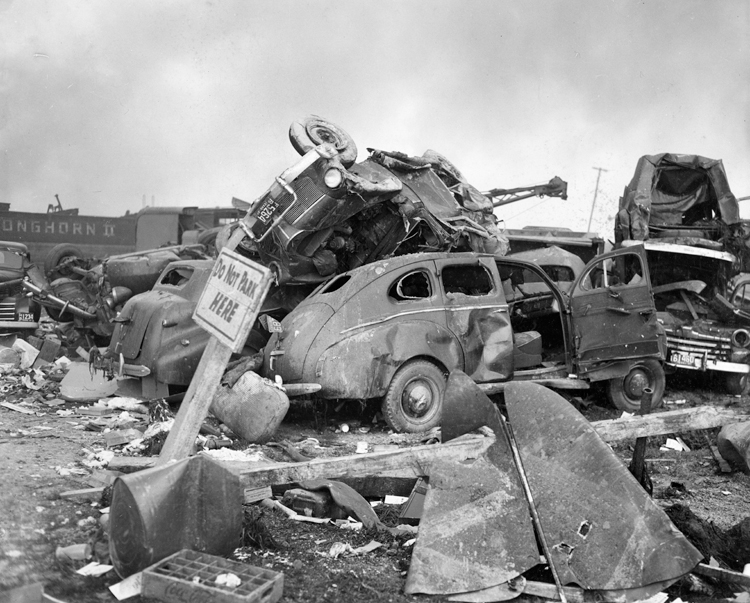