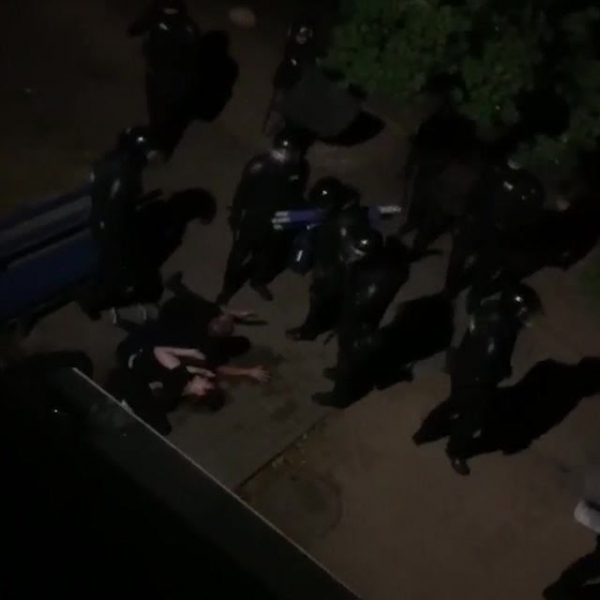 Security forces beat sitting on a bench in Minsk, a guy and a girl. The video, filmed by eyewitnesses of the window of the house, published a Telegram-channel “NEXTA Live”.

The guy with the girl sitting in the courtyard on a bench near the metro station “Youth” when they ran up the riot police. The security forces threw them on the ground, started kicking and batons. Some of them were shouting the phrase “house sit” , “here is the change *****”.

Then militiamen have run up to close passing the cyclist and knocked him down. As the channel they broke the bike, and the young man was beaten and left lying on the pavement.

Earlier Telegram-channel “NEXTA Live” reported the first killed during the protests in Minsk. According to preliminary information, killed one young man. It was also reported that the city streets were wounded protesters, some of them in the blood awaiting the arrival of the ambulance.

Protesters in Minsk began to disperse, the traffic is partially restored.

Mass protests in Minsk and other Belarusian cities began after the completion of voting at the election of the President of the Republic, the final day, which took place on 9 August. According to the interim data of the CEC, the acting head of Belarus Alexander Lukashenko scores more than 81 percent of the vote, opposition candidate Svetlana Tikhanovski just 8 per cent. Citizens do not believe in the victory of Lukashenko, who is running for a sixth term and has been ruled since 1994.