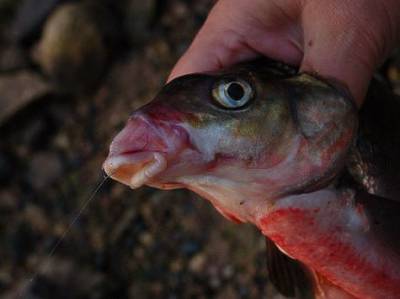 Hence “far-fetched”, but a convenient form of demise of any type of hooks – the hooks of assigning the names of some fish – bream, roach, carp and so on. It would seem simple, but it is fundamentally wrong and harmful.

For example, you catch a crucian and a carp in the summer with worms, dough, bread, corn, with relatively large hooks, and in the fall they begin to bite only on the moth, which is on a hook not to impose. And Fisher instead of having to tie another hook just stops to catch carp.

And this is no joke, since I myself, at the moth, I listened to the words that bloodworms angler on the hook to spread can not. When I offered any hook, angler skeptical noticed that these hooks do not catch carp. And this despite the fact that I am in his eyes he let one carp after another. 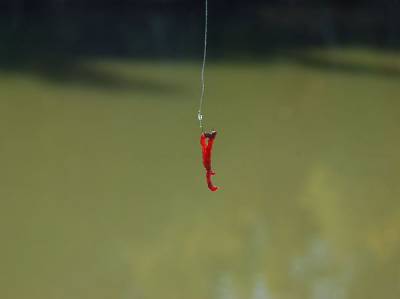 The main hook size is the distance between the tip and the forearm, or width. According to the Russian classification the width of the hook, expressed in millimeters, is called its number.

In the so-called European numbering all the way around. From the biggest, for example, 10/0 for the smallest, up to 28, and even 32-th number.Hook № 16 has a width of approximately 3 mm, and No. 10 is Approximately 5 mm. because the width of the hooks of one number is different from different manufacturers.

Read the “Catch a pike on a composite Wobbler”

The classic ratio of length and width have single hooks close to two. But besides the hooks with a standard length of forearm, made special hooks with extended forearm to catch fish with a small mouth on a relatively long nozzle, for example, ruff on the worm. 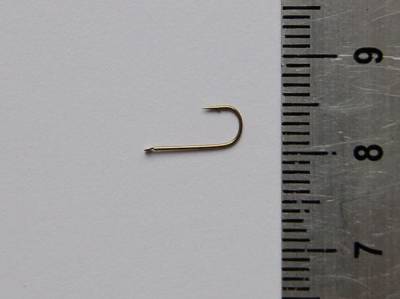 The hook is classic bend and proportions. Photo: Andrew Yanshevsky.

Hooks with a short shank designed for catching strong fish on a small nozzle, for example bream on bloodworms or carp on boilies.

Ring for a scaffold gives an advantage only in that the fishing line is always properly positioned on the hook. That’s right – this means that the yield of fishing line from the knot is on the side of the bend. This orientation of the hook dramatically reduces the number of “empty” holds. Hooks with ringlet indispensable when using thick monolisa, braided lines and metal leashes.

The argument that the spatula is less noticeable than a ring, very controversial. Before, when a really good small hooks generally do, this can be and has been relevant but not now. 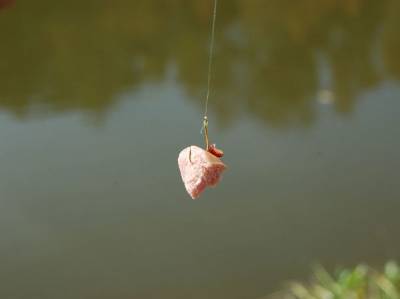 There are hooks without rings and without the spatula but with several small incisions in the upper part of the forearm. These hooks stick to the line no thicker than 0.1 mm. the Only advantage of this design is that you can put the bait on the worm, sliding it on the line and extend his agony in the water. The cases where it is justified, is extremely rare in practice.

The hook can be bent in one and in two planes. Personally, I believe that the limb of the hook in the second plane does not give special advantages from the point of view of spacepilot, but the strength of the hook is reduced. Therefore, these hooks made from thicker wire.

Below the sting, usually on the inner side of the hook, the notch, which was called beard. It is designed to hold the bait and to prevent the descent of the cut fish.

There are barbless hooks which are designed for high-speed catching of relatively small fish. Why small? And, at least because large is not caught quickly.

All hooks barbless Stingers should be filled up inside, at least the tip or the edge. It is necessary that the nozzle did not fall off the hook during the handling of equipment.

The assertion that “savvy” bend contributes to the cutting lips of the fish, I refer to theoretical reasoning, not enough proven catching. Horseshoe useful (or harmful) to increase the rigidity of the forehead of the hook.

The color of the hook I pay attention only from the point of view of assessing the sustainability of protection of the wire material from the water. Most often applied to protect the Nickel plating. The most stable, but expensive — coating technical gold. Widely used tinning and chrome plating. Color hook determined by the color of the coating. 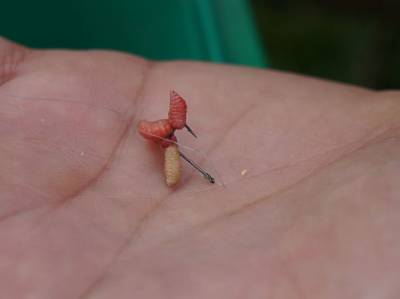 The only color that is created with a special varnishing is red (under waders), but the nail is not long.

Now the main thing – about how correctly to choose a hook for the specific conditions of fishing.

Under the conditions of catching correctly understand the totality of factors such as bottom topography, weather conditions, current, distance from shore, size, concentration and activity of fish. In accordance with the fishing conditions, the angler chooses a particular tackle, bait and bait. But the bait gets the hook.

Hook selected the wrong size fish, and the size of the bait used by fisherman.

The binding of a specific hook to fish leads to disastrous results because there are “standards”, which will eventually become “unchangeable”.

From book to book stupidly overwritten a long time outdated recommendations, for example, that roaches need a hook with a width of 4 mm, and for the carp no less than 7. This despite the fact that carp to three pounds is not a problem to withdraw on the hook No. 16 if used as bait of bloodworm or maggots.

Read the “Snag and the bait” 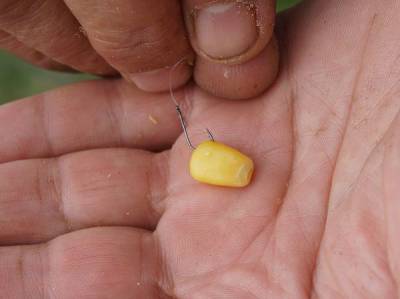 A “fear” of small hooks, even in cases when they understand their necessity. The reason lies in the fact that somehow, these anglers believe that more than the hook, the less likely that he will cling to the fish and will not break.

Yes, the larger the hook from thicker wire is stronger than the smaller ones. However, when the hook clings to the fish, hooked and starts to bend, the difference in absolute strength is leveled, because of the smaller hook and lever less. Strength begin to determine the thickness and quality of wire.

Again, the thinner the wire, the more natural it will behave with bait and keeping the bait on the hook in its natural state can be a determining factor of success.

Personally, I long ago came to the conclusion that a violation of the natural appearance of the bait on the hook dramatically reduces the effectiveness of fishing. Only the very rich fish water you can plant a piece of dung worm on a hook No. 8 (domestic classification) and successfully catch fish for food.

For example, on the Middle Volga during bottom fishing bream fishing in the summer it is really one good copy of the worm to catch 2-3 kg of bream. 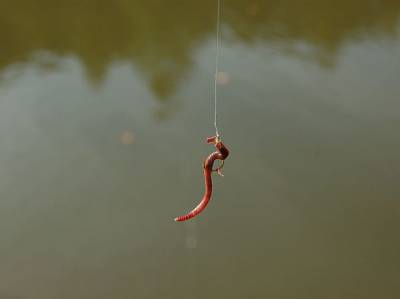 In the case of nozzles is not so clear. There are tips that are best kept on the subtle hook, and has for which is better the hook from thicker wire.

I would advise not to take the word of a particular recommendation for the purchase of hooks.

Now the market is filled with, for example, imitations of really cool hooks to Owner. And on the packaging tampered with even a bar code.

Remains or buy gear from the official representatives of that will ultimately work out cheaper. Or to catch up on “cheap” hooks and throw them away after a couple of fishing trips.