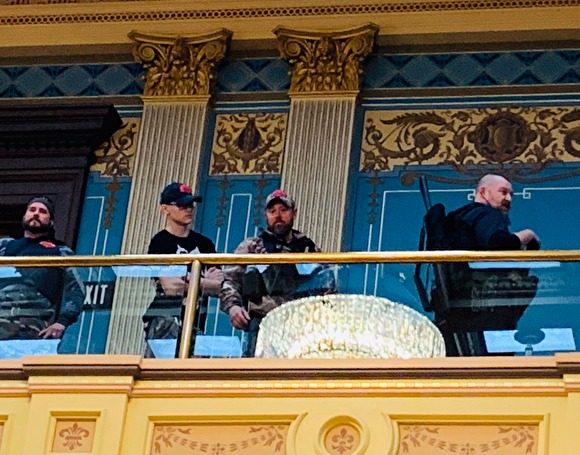 During the rally, the demonstrators began to demand that they be let into the building, then broke inside. 66-year-old Dennis Sigler said he attended the protest out of respect for others. “I love freedom. In America we should be free,” he said.

As a result, the House of representatives of the state postponed its meeting, and not extending the regime of self-isolation. At the same time approved a resolution giving the Republicans the right to challenge the actions of the Governor. Now a number of restrictions weakened: residents of the state permitted, but not recommended to travel between homes.

According to the Johns Hopkins University, from the beginning of the pandemic in the U.S. there are 1.7 million infected with the coronavirus. More than 63 thousand people died.