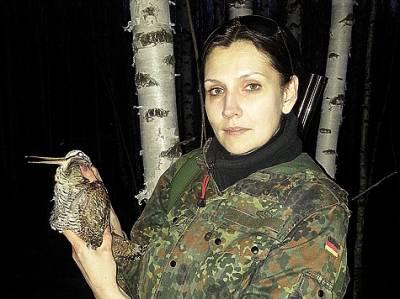 In a man’s life there are events that forever remain in the memory: first love, first kiss, first parachute jump, the first vertex,
someone’s first drink.

Apany two bright events in their hunting and fishing biography: the first trout and first duck. About the trout will tell you another time. When I was seventeen years old, I entered the Kazan University, for which he was awarded the father of the trip duck hunting. We drove over three hundred kilometers from Kazan in Cheremshansky district of the then TASSR. The river Cheremshan is divided into many narrow channels, where marsh fowl fanciers. On the opening night we camped on the banks of the river, and in the morning I was waiting for the first surprise: the father took out from the boot cover, and let it out to me, as casually said, “Master!” Imagine my delight of owning a private gun TOZ-BM, with worn bluing, with pretty butt scratched, but in good condition. The ultimate dream! In addition was a canvas case, leather shoulder straps and tutu Papkovich rounds of 00 buckshot (other — 16-gauge — the sale was not).
Adventure is not long in coming. On the river Cheremshan Charon worked absolutely insane in the front. Charge the going rate was standard: a glass of fire. At that time I was not just familiar with weapons, but close to a full relationship. For three years I worked in the rifle section of the Dynamo, so that the safety and skills of handling weapons has been hammered into me at the level of reflexes.

Getting off DaVinci ashore, I was only three meters along the very narrow channels, and suddenly from under his feet rose the duck. “We have to charge” — I thought. When five minutes went up two more ducks, I cocked. The third beauty was a purely bit the first shot. More that day I didn’t shoot anything, but one duck was enough to become the hero of the day. From the classical glasses in the blood, I refused, but the whole process of production of his — from plucking the birds before eating — was alone.
TOZ-BM — shotgun-perelome, simple and reliable weapon, practical and inexpensive. Open the trigger with the end, in my opinion, it is extremely convenient and safe to handle. The triple lock (the bottom two hooks, and on top of the bolt Griner) seems most logical, so it is unclear why he refused subsequently to our guns with horizontal shafts. This lock well suited for fittings, but these unfortunately have not appeared.

Two years later we had a fire and it burned with the house. Since many guns have been in my hands, but the memory of the first stayed as bright as a flash shot at dusk. Repeatedly to the Commission I held in the hands of trigger tulki, but they were all in poor condition. These workhorses were mercilessly exploited by the previous owners and apparently almost didn’t care. Unfortunately, this is a common phenomenon, and sometimes it even seems that the stronger the weapon the worse it is treated.
I once went to a small thrift store and saw it on the shelf. My, without a doubt my gun, with bone Kalka, in the new tree. It was waiting for me, and the price didn’t matter. I immediately paid for the purchase and literally flew in LRO. When I came to pick up his new friend, showed me “Merkel 200E” 1947. Despite a slight rash in the barrel, the gun I really liked. And it was 16-gauge, as my new tulka.

In General, my wife got her own gun. By the way, it was an amazing fight. For the Soviet, and subsequently Russian hunters of the German guns is primarily a benchmark of quality. And the phrase “Sauer three-ring” clear to any hunter the older generation. 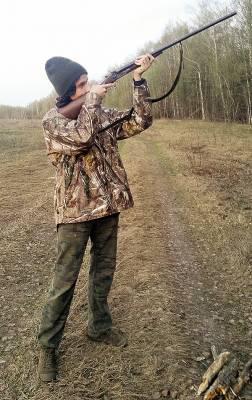 For many TOZ-BM was the first hunting rifle.

“Merkel 200E” machine, has long been known on the Russian open spaces, quality made gun of traditional vertical layout. In the early twentieth century the brothers Merkel almost re-developed the gun with vertically coupled shafts, although such a design is known from the XVII century. The term “bokflint” was patented by firm “Merkel”, and it was introduced by the layout in which the lower trunk has a narrowing polochak and the upper more severe contraction. In our case, ¾ of the chalk. System locks “Blitz” need no introduction. It is not only extremely reliable, but the fast locks of all systems with trunks-pereleskami. Locking of trunks is carried out on a double frame of Griner (aka castle Kersten). Extractor original system of Merkel ejects only the spent shells. Rib wide, comfortable shooting. The latch lever is fixed in the extreme open position for easy Assembly: no need to keep your finger on the lever. The sides of the packing box are signs of cocking and they are determined both visually and tactilely. Generally this detail typical for guns of high distinction. In the work of the gun showed a sharp fight with a good inclination. Wounded was very little, only when shooting at dusk and at long distances. Fraction No. 3 was solidly beating the hare and the Northern migratory duck, “seven” — woodcock, Teal, grouse and doves, “nine” — the quail and the middle of nowhere. Bullet and buckshot out of it we did not shoot, because ungulates the wife has the appropriate weapons.
I continued to search for Tula kursovku and eventually found his gun — all the same Klassicheskaya-BM. First trip hunting with my newly acquired gun showed that the gun is great, standard chalk polochak clear operation trigger with end, prekladatel above all praise.

The beauty of Markovci in absolute safety and possibility of re-shot when the misfire without opening the lock. The perfect weapon for novice hunters! Assembled and disassembled to the touch. The only drawback is the overly thick walls of trunks gun a little bite. But this disadvantage is completely covered by the charm, atmosphere guns. When you take it in hand, come to mind the works of Aksakov, Turgenev and Tolstoy, we hear the distant sounds of horns, the crunch of French bread and other pleasant things of life.
The gun I put minimal tuning: adjusted pitch, installed reflective front sight and quick release swivels. More specifically, I installed the quick release sling swivel on the buttstock and sling swivel on the barrel block razed to the ground, which is pin lock Uncle Mike’s. On all my weapons Arsenal I have one non-slip shoulder straps Italian firm Riserva with quick-release locks Uncle Mike’s. On all the rifles and shotguns I installed swivels for these castles, and the shotgun just dismantled the top swivels to the ground. So they rang at the joints, I added studs locks rubber washers.

With this gun you can close all kinds of hunting from the marsh-meadow game with pointer to ungulates on the platform. But the greatest pleasure I received the deadlift. Imagine: I’m standing in the twilight in the woods, clutching the gun; around the forest, full feathered detail; hares, woozy from the hormones, are worn over the females; in the sky pulling the shoals of geese… And suddenly you hear horkage: frrr, frrr, frrr! Slowly cock the trigger, stare at the sky. Now they’re drawing… Oh! Far! I throw a hat — woodcock turns sharply. Kaboom! The bird falls, the dog immediately throws herself into the search, and I’m looking for a hat, indistinguishable from the last year’s leaves…

The gun has served me for two decades. No complaints! Reliable and emotional thing. That younger son grew up, defended me and wife not one thrust. It’s time to find a new tosoku. 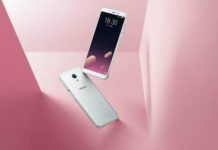 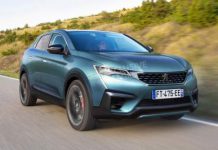 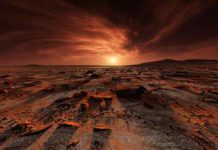 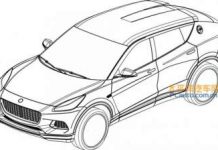 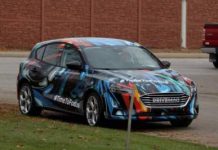 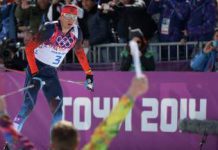