The company ZTE from China has expressed a desire to release its own gaming smartphone for mobile gamers. It will be sold under the sub-brand Nubia, what today told his leadership. 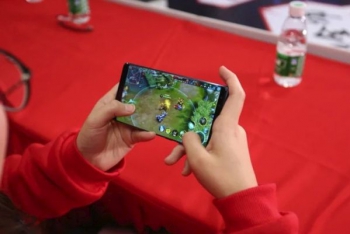 According to preliminary data, after the announcement of its gaming smartphone will be known as ZTE Nubia Z18, so it will be the new flagship, which is credited with 845 Qualcomm processor with frequency up to 2.8 GHz eight cores and GPU Adreno 630. The smartphone will be Android 8 Oreo, 128 or 256 GB of memory and 8 GB of memory, enough all games and applications. In all likelihood, the main distinctive feature of novelty from ZTE will be the ergonomics of the body, or will rely on touchscreen capabilities – the company can take a cue from Razer.

In fact, at the moment there are only a gaming smartphone, and it’s Razer Phone screen Quad HD+ at 5.7 inches, the refresh rate is reduced to 120 Hz. This is his main feature, but otherwise it is no different from the flagships of 2017. This year will be the second generation Razer Phone, the new creation and ZTE will have to fight with him, so Chinese vendors need to work hard to draw attention to its upcoming flagship. However, to help commonplace dumping – if Nubia Z18 will be cheaper Razer Phone 2 with equal opportunities, the choice of buyers will be obvious.