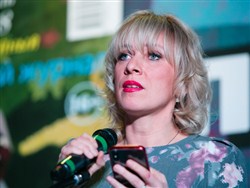 The US is trying to rule the world with carrot and stick. This opinion was expressed in Facebook the official representative of Russian foreign Ministry Maria Zakharova.

Earlier, the US special envoy on Iran Brian hook said that the USA is ready to give a forceful response in the event of an attack Tehran. He also has threatened sanctions against the European mechanism of financial settlements with Iran.

According to Zakharova, the aggressive behavior of the United States in the world already “beyond all conceivable limits. From American actions affected the regions, States and peoples. “With a whip in his hand and a stick in the cheek Washington began to “govern” the universe,” – said the diplomat.