The Network has posted the first official images of the smartphone Xiaomi Redmi Note 8 Pro, before the announcement that there were only-nothing. A mobile phone is shown only in the back – apparently, the front of it is nothing new. 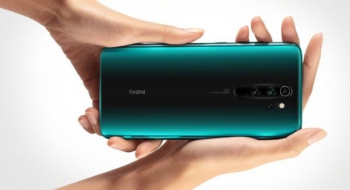 In fact, all the fun is concentrated in the Xiaomi Redmi Note 8 Pro is at the rear, and this, of course, his camera. As you can see, there are three modules, in contrast to Xiaomi Redmi Note 7, and the main one has got a resolution of 64 MP, although it is not made by Sony, and Samsung. Beside her was placed dactyloscopy, which for unclear reasons has not moved to the screen.

The smartphone is going to be built on the processor MediaTek Helio G90T, but in this case, the sneakers should not to throw chip games and it is comparable in its capabilities with the flagship 2018 Qualcomm 845, that is, in this time of budget cell phone can get a really powerful stuffing. All other features Xiaomi Redmi Note 8 Pro not installed, and his announcement is scheduled for August 29 and will be held simultaneously with the premiere Junior model Xiaomi Redmi Note 8, which is also not available.