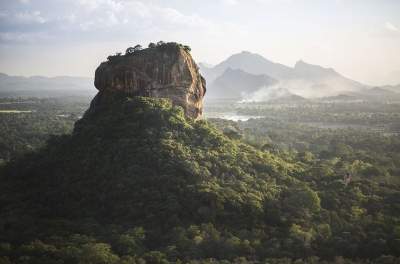 They deserve the attention of tourists.

There are a large number of trivial tourist routes: the Egyptian pyramids, the Eiffel tower, the Roman Coliseum… But fans of real adventure looking for untouched places, where they don’t have to crowd among the thousands of curious tourists.

Just imagine how great to discover the place, the existence of which knows only the most experienced travelers. Recently a very rapidly developing tourist infrastructure and tour operators are doing everything to satisfy the most demanding customers. Due to this, travelers often get the opportunity to visit remote archaeological sites in different parts of the world that are unique.

Today we will tell you about the seven amazing places which yet remain unknown to most travelers. If you decide to visit, you better hurry: in the future these areas can enter the list of the most popular in the world, and then you would again have to stand next to the crowd of hurried tourists. 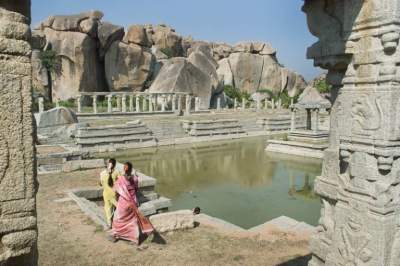 Ruins of the Royal Empire in India

Until recently, the only way to get to the ruins Vijayanagara Empire in Hampi was a night train from Bangalore. Desperate tourists had to live in cheap hotels because the ancient city was lost between the largest technology centre in India and resort and Goa.

But in recent years, it has built several independent resorts. Now tourists can stay in a five star hotel Kamlapura Palace for 46 rooms. Travelers offer a wide programme of excursions which includes visits to historical sites.

According to the expert travel company India Beat Victoria Dyer, thanks to a new hotel in the region drew the attention of wealthy tourists. Large investments in infrastructure have improved the road condition in Karnataka where is the lost city. Now you can get there easier.

The ruins of the Imperial area is 265 square kilometers. Here everywhere scattered boulders and mysterious artifacts. One of the main attractions of this place is
Hindu temple of Virupaksha, built in the VII century in honor of the God Shiva. He is considered one of the oldest buildings in the Empire.

Well preserved and other historical sights: the Bazaar Sule, of Queens bath and stall elephants. Due to this the tourists can go back and look at the life of medieval India. 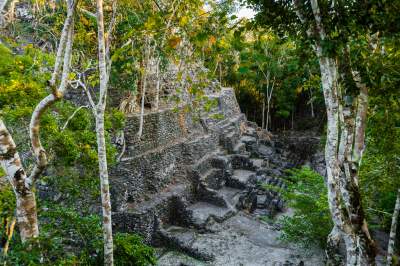 The ancient capital of the Maya in Guatemala

The President of Big Five Tours & Expeditions Ashish Sanghrajka claims that El Mirador is 5 times larger than the Tikal – one of the largest Mayan cities, which every year attracts thousands of travelers. Now in the metropolis continue to work with archaeologists, so it is difficult to say how well preserved ancient settlement.

However, the researchers radiate optimism, stating that the opening of the El Mirador in its importance comparable to the discovery of Pompeii in Italy. Scientists suggest that this city at one time was the capital of the Maya. Yet he never became popular among tourists only because it is far away from the civilized world.

To get to El Mirador, previously had to spend 7 days. Now, wealthy travelers can arrive here by helicopter. Usually they land in a small village located near the ancient city. There tourists can learn the customs of the locals and observe their culture. Then the travellers sit on donkeys and after about 3 hours to get to the dig.

“The ruins are completely excavated only after 10 years. But if you see this place now, while it remains absolutely untouched, you will get an unforgettable experience!” says Ashish Sanghrajka. 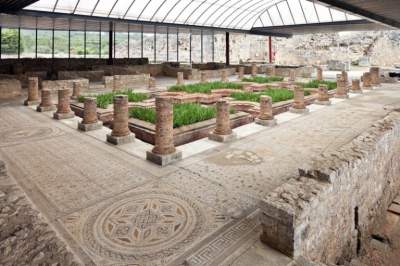 Ruins of Roman palaces in Portugal

Roman palaces built in the II century BC, but they soon began to crumble. Augustus restored them, however, after the fall of the Roman Empire, they for centuries in ruins.

The ruins of Conimbriga discovered 100 years ago, but only now they are once again ready to open its secrets to tourists. The last time Portugal attracts more and more travelers, including thanks to such pristine places. Moreover, near the ruins of Roman palaces are good hotels.

The founder of the company Made for Spain & Portugal of Virginia Iruit recommends that guests stay in newly renovated Hotel Quinta das Lágrimas, located in Coimbra.

“It’s not only a wonderful city, but also the birthplace of Fado music (the local music style with touch of melancholy, ed.) is one of the attractions of Portugal”, says Eroica.

Thoroughly examine the ruins of Roman palaces to tourists will help of personal guides who will show guests the hot-spring baths, amazing mosaics and gardens with hundreds of fountains. 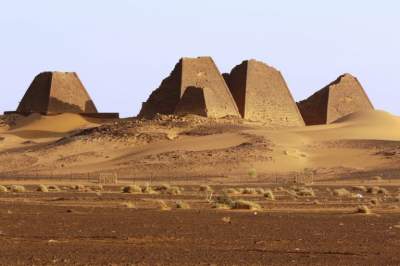 Ancient pyramids in the Sudan

Many will be surprised by the fact that the Sudan is 2 times more pyramids than in Egypt. However, some people don’t even know which part of the world is this country. Sudan is located in Africa, a little below the Egyptian city of Luxor and Aswan. For many years the country continued civil war, which in 2011 led to the separation of South Sudan.

As you know, to talk about the development of tourism infrastructure in the country is not necessary. Work here private companies like Explorations Company, which wealthy travelers can visit the cultural heritage sites. Tourists are offered a six-day tour that includes a visit to the pyramids of Meroe and the ruins of the temple Soleb. You can even sleep in a first class tented camps or guest rooms.

A nice bonus is the proximity to Nairobi, where tourists are offered to visit on exciting Kenyan safaris. But, of course, the main advantage of the Sudan – the opportunity to see the incomparable monuments of ancient times. 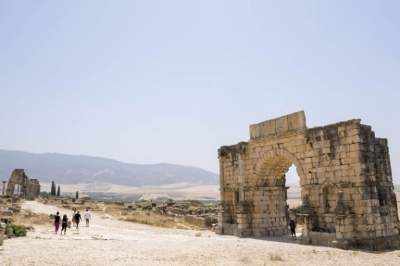 The ancient city of Volubilis in Morocco

In ancient times this city was the capital of the Moorish Empire. Volubilis is situated in a stunning location – the Moroccan mountains near Meknes. However, only some of the travel guides tell you about this exotic place.

However, tour operators are now increasingly include Volubilis in the list of mandatory places to visit. Despite the fact that Morocco had always honored the old traditions in architecture, Volubilis is in this respect unique. The city was built in the III century BC, and its ruins contain vivid patterns, keeping the memory about the culture of the Romans, Christians, Muslims and Berbers, who at various times lived here. 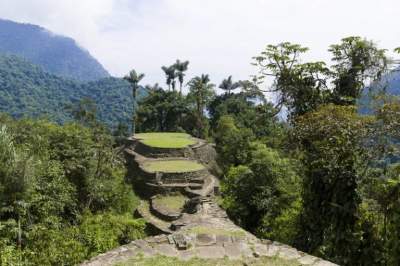 The lost city in Colombia

In the Colombian Sierra Nevada are thousand-year ruins that for 650 years older than Machu Picchu. The city was built by the Tayrona tribes, while it is wonderfully located on the top of the mountain, dotted with palm trees. During the dawn of the city there were about 10 thousand inhabitants. But then, the jungle has actually consumed the settlement.

In the early 70-ies of the last century a group of hunters found the ruins. Locals say that while this place was found a large number of gold artifacts.

Fans of extreme adventures offered to take a five-day trek during which you can see the ruins of La Ciudad Perdida (Spanish for – “the Lost city”). Wealthy tourists using the services of a local tour operator Galavanta. He offers to stay in a cozy cottage in the mountains or view the ruins from a height, flying over the area by helicopter. 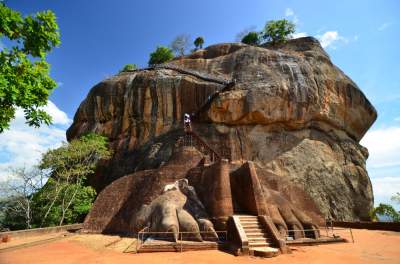 At the end of the fifth century Ceylon was ruled by king Kassapa, who decided to build a fortress on top of a 180 metre granite cliffs, located in the center of the island. According to the initial plan, it was body sculpture. Workers are not only laid stone stairs that led to the top, but also added individual elements to create the illusion of a huge lion towering over the forest. Two flights of stairs were in the middle of the massive paws of a predator, another was in his mouth.

Now travelers offer to explore the ruins of the Palace I think that’s Kassapa, fountains, ponds and gardens. To stay the night, travelers can make hotel Pekoe House, which is located in the neighbouring town of Kandy.

The design will be declassified before the end of the year. Nissan intends soon to send to the crossover, which is perfect for buyers of...
Read more

MARUV showed her husband for a romantic pictures

The player can get into the top team. Defender Donetsk "Shakhtar" and the national team of Ukraine Mykola Matvienko close to moving to Arsenal, reports...
Read more