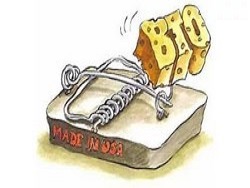 In the fifth year of WTO membership, Russia may leave the organization, the accession process, which for us was extremely long – 18 years, whereas negotiations usually take no more than 5-I. the Motive of our commitment to the world trade organization, as many believe, was not so much Economics as politics. Liberal Russian government sought to join the global institutions that fall into the “good company”.

However, due to Western sanctions, which violate the rules of international trade, the question of whether membership of our country to the WTO was a new sound. In the state Duma was introduced a bill on denunciation of the Protocol on Russia’s accession to the agreement. The term consideration is not defined. According to the authors of the bill from the Communist party faction in the five years of losses of Russia from the WTO membership totaled 871 billion. The obvious benefits of this were recorded. In the coming years, WTO membership portends more losses and 2 million job losses.

For questions related to all these meets famous Russian political scientist and economist Andrey Parshev.

– Can Russia really withdraw from the WTO? And than we can face?

– As far as I know, the procedure of exit from the WTO is not spelled out in detail. And our withdrawal from the organization will resemble the exit of England from the EU, will take a long time and be fraught with many challenges. We can talk about any sanctions that will be imposed on us by all WTO members, including, for example, China. Another question – will these sanctions be respected. But the overall situation is not very pleasant.

We need to determine exactly what kind of constraints associated with our presence in the WTO, contrary to our interests. There are General provisions this organization, and there is a specific agreement about our entry, which is a hefty volume. And none of our leadership probably didn’t read it. In particular, we agreed with the WTO requirements on the export of raw materials – for example on unimpeded supplies of roundwood for the pulp and paper industry in the EU.

– And what are the main goals of the WTO and what this organization can offer to its members?

– The main task of the WTO, of which we have in General little is known – the removal of protectionist barriers to world trade, bringing them up to a certain level. Namely, to 3.9% customs duties. And from the very beginning of the existence of the WTO for developed countries, the level of this barrier it was proposed to make equal to 3.5%, and for developing up to 9.5%. Since the development of its own economy is possible only under condition of its protection customs-tariff regulation.

But Russia in a number of developing countries are not included, and we have not received the corresponding benefits. However, without the protection of a manufacturer with the high customs tariffs, we will not be able to develop its economy – and without any sound and sane economic policy. That is, we have to decide what they want to develop and to protect.

But that we are still there. And there is a soft mobilization option for the development of certain industries through public investment. It is primarily a defense industry. Sometimes we resort to the so-called hidden protectionism: impose restrictions on the import of certain goods to provide advantages to our producers. These measures affect a very large product range.

But such mechanisms are not universal and can not give an impetus to the development of our economy. We, again, needed a sound economic policy. And only then we will be clear that we in the WTO are satisfied and what is not.

– So it turns out that we are joining the WTO, few understand what awaits us there?

Yeah, still no, we really have not explained why are we even joined the WTO. Any agreement is always taking on any obligations. So, it is not clear what commitments we have made, how much they are costing us and what do we get in return. At the time of our accession to the WTO, some of the lobbyists who, for some reason the rules of this organization were beneficial. One of them mentioned the oligarch Alexei Mordashov, head of Severstal. But how his company helped by our membership in the WTO it is difficult to say.

There is another point. When our partners take us against those or other sanctions, they do not take into account WTO rules. Such is the current political and economic reality.

– So should we, then, can we continue to play by the WTO rules?

– I am convinced that if we want to have normal, not based on the export of raw materials economy, it can only function in a protectionist mode. In the liberal economic model, with the free flow of money, goods and services across borders, our economy can not survive in principle.

For example, we are in different conditions than, say, China, which was difficult for its economic prosperity. He also had a long time to resort to protectionist measures. And because almost longer than we were led negotiations on accession to the WTO. This time China used for the development of its own economy – and would only strengthen her, became a WTO member. And now a developed Chinese economy not afraid of any competitor.

We have the same situation with the economy is quite different than China. But his example tells us one thing: no one can help you if you don’t help yourself. And wait seriously some assistance from the WTO, as well as from speculative foreign investment is sheer madness. 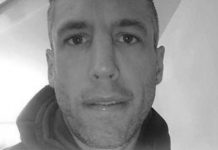 The Briton joined the chat and committed suicide 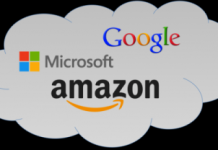 Microsoft and Amazon have joined the voice assistants 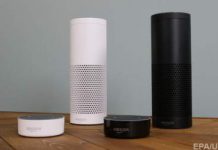 Microsoft and Amazon have joined their voice assistants 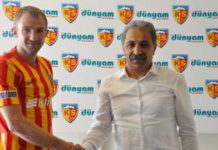 Defender of the national team of Ukraine joined Turkish club 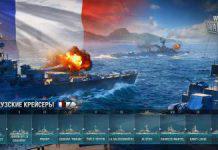 To World of Warships was joined by French cruisers 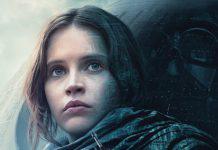