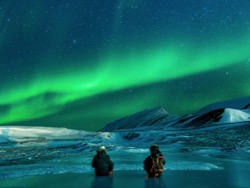 Russia has huge oil and gas reserves in the Arctic, but can’t use them because of the sanctions, technological backwardness of the state companies Gazprom and Rosneft, as well as in their unwillingness to cooperate with private Russian companies with relevant experience, writes Stanislav Pritchin in an article for the British Chatham House.

Due to the current cost of oil on international markets production from the depths of the Arctic ocean needs to be profitable, however, due to imposed sanctions Moscow may not attract Western companies with the necessary technological capacity for mineral extraction in the Arctic. However, only sanctions the problem is not limited to, the author notes, because there are such problems that the Kremlin has created his own: Russian private companies with specialized expertise and technology, can not participate in the development of the unused reserves of Arctic Russia, due to the fact that only Gazprom and Rosneft have access to the Russian Arctic shelf.

These reserves amount to 14% of oil reserves and 40% of gas reserves of Russia. However, to date production started only in the Barents, Pechora and Kara seas. Despite the high cost of production, the trend of decarbonization of the world energy markets and is almost universally recognized environmental risks, the Russian government believes the resources of the Arctic ocean is an important strategic investment.

However, Russia is still not able to implement oil and gas projects in the Arctic. The only example of production of the Russian hydrocarbon is a project of “Gazpromneft” in the field “Prirazlomnaya” in the Pechora sea. The production is relatively simple because the field is located 60 kilometers from the coast at a depth of about 20 meters.

Western sanctions are partially aimed at limiting Russia’s ability to extract minerals from the Arctic, and suspended projects with Western partners, which had already been established. For example, immediately after the imposition of U.S. sanctions in 2014, ExxonMobil was forced to stop its cooperation with Rosneft. Without the help of Exxon, “Rosneft” has stopped the exploration of oil fields “Victory” in the Kara sea.

The lifting of sanctions is unlikely to happen in the near future, given that relations between the West and Russia remain tense. A possible solution would be the cooperation of “Rosneft” and “Gazprom” with the private Russian energy companies, having more experience and technology in underwater projects.

One of these companies the author calls the “LUKOIL” company, which is developing offshore projects in the Caspian sea since the early 2000s, when Russia, Azerbaijan and Kazakhstan divided the Northern part of the sea. LUKOIL has discovered six large multi-layered deposits in the Russian sector of the Caspian sea due to its self-propelled drilling rig “Astra”. The company successfully entered the field “Yuri Korchagin” 180 kilometers from Astrakhan, which contains about 29 million barrels of oil and nearly 64 billion cubic meters of gas.

With this experience, “LUKOIL” has long been trying to access the Arctic. Russian energy Minister Alexander Novak supported granting private companies rights to operate on the Arctic shelf, but it is not surprising that “Rosneft” in favour of retaining the existing policy. For Gazprom competitors in their privileged area of commercial interest is unacceptable, the author notes.

Because of the limitations of “LUKOIL” the company has been forced to go to projects outside Russia — in Central Asia, Iraq and Nigeria. Another private company NOVATEK has also decided to work on an offshore project outside of Russia, agreeing to cooperation with French Total and Italian Eni to develop two offshore projects in the Mediterranean.

“NOVATEK” successfully switched to the export of LNG by using technologies which can be critical for oil and gas in the Arctic. The LNG project on the Yamal Peninsula started on time, despite the difficult conditions, technological challenges and sanctions.

Thus, the author concludes, on the background of how Western sanctions are a long-term obstacle for the extraction of energy resources by Russia in the Arctic, a joint venture with private Russian companies are part of the solution. Until this is recognized, Russia will lose much-needed private investment and the opportunity to use their potential Arctic riches.