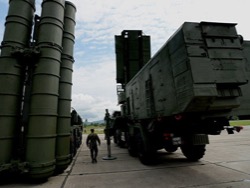 The negotiations on deliveries to India of Russian anti-aircraft missile systems s-400 “Triumph” have stalled and are in jeopardy, reported the American magazine Defense News, citing sources in the Indian Ministry of defense.

Discussion of the contract that has been previously agreed 1.5 years ago, President Vladimir Putin and Indian Prime Minister Narendra modi, stumbled on the financial question. Moscow asks for five sets of 5.5 billion dollars, while new Delhi is willing to pay no more than $ 4.5 billion. In addition, the Indian side believes that Russia has appointed a very high price for training those who will service these guns.

India is also not satisfied with the failure of the company to transfer technology three types of guided missiles. New Delhi insists that the country has localized the production of components, and the contract guarantees a lifetime of maintenance complexes. In addition, Russia has not formed the proposal for AAMS service and package support system, said the Ministry of defence of India.