Yesterday I came across an interesting post from Tina Kandelaki. It would seem, extremely energetic, strong, opinionated woman, bursting with health and energy should not write about such things, but that’s the point. 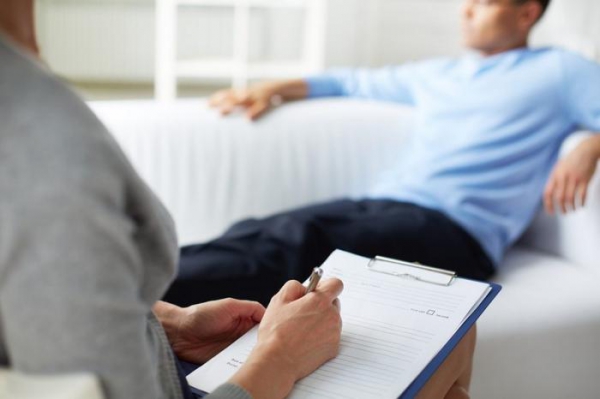 In the post Kandelaki says that we are all in a certain trap at the information so much that it brings us to depression.
Often, apathy, bipolar disorder, psychopathy and other things affecting our lives, are found among residents of large cities, which simply cannot keep up with the frantic pace. With years of accumulated problems escalate into suicide or of violence towards others.

Not long ago I heard one simple woman gave an interview devoted to her husband, who suspected his wife of infidelity, put her in the car and was taken to the woods, where he tried to kill. The careless husband worked as a TAXI driver and every day carries dozens of passengers, each of which does not even suspect that rushes in one car with a real sadist.

Same story with the notorious Professor Oleg Sokolov, who, unable to cope with their own psychopathy and aggression, ruthlessly with his mistress, a young student. And he worked for many years in one of the best universities in the world and no reason, didn’t think to check the state of his mental health, although the bells for this was enough.

All of this suggests that any person, or otherwise interacting with a large number of people must be checked by a psychiatrist or therapist, undergo a variety of tests to identify abnormalities and so on.

Apart from the fact that each of us should make it a rule sometimes to go to psychologists, you need a law obliging certain categories of citizens doing this on a regular basis.
Recently such a proposal was already made by deputies of the state Duma gadzhimet Safaraliev and Yevgeny Marchenko, who proposed to amend the Labour code a number of changes.

If the amendments are adopted, the Russian teachers may be required to undergo regular examination by a psychiatrist, as well as to provide information on mental health when it comes to filling positions.

According to deputies, a deep check “for lice” will allow universities or schools to weed out those who may pose a security risk for people in General.

The authors of the bill indicate that legal point of view and from the point of view of universal ethical standards is unacceptable to the upbringing and education of involved people with mental disorders does not allow to control their behavior.

After the adoption of the amendments, all teachers will be centrally test every five years, the audit specialist makes a decision about suitability.

Honestly, along with teachers, I would suggest to regularly check out even the taxi drivers, sellers and other entities that interact with the flow of people, especially little children.

Special attention, in my opinion, should be paid to the persons who have complained and not necessarily from students.

After all, if you remember, at the time the students have already complained about the strange antics of Oleg Sokolov, however, the rector of the University for some reason chose to ignore it and that’s what caused the indifference.

A similar story happened last month with opposition activist Boris Vishnevsky, who already complained several girls who accused the MP of the teacher in the harassment.

You know, even during my studies at the University met such frames in which the word “psycho” flashed neon on his forehead, but for some reason no one was fired. It had been a “senior moment”, whereas in reality each of them could be capable of the most crazy things. We, as students, had no immunity and each lecture was exposed to danger, albeit small. God knows what they’ll do?

Of course, as with any bill, this one has critics, who believe that that the implementation may threaten the constitutional human rights to medical confidentiality, although the initiative does not disclose any details about someone else’s health to third parties. Personally I do not care deeply for any kind of mystery, if this will depend on the lives of others, let everyone know. Hide serious mental problems — in itself a real crime.

Opponents of the new edits I think that the way schools lose staff, where there is so much deficit.

Seriously, friends? Well, in that case, cool, because I don’t want my children being raised by patients inadequate.

The deputies who proposed the law, it is believed that the script “settling of accounts” after examination by a psychiatrist likely, but more important still is the life of man: “Let’s put on the scales two cases: on the one hand may be to settle scores. On the other — if they beat, again to cut off the hands, feet and head. What is more important for us is to eliminate the settling of accounts or to expose human life to danger from mentally inadequate?” said Hajime nǝbiağalı.

It is necessary to take into account the fact that the person often does not understand that he had something wrong with his head, so such tests will help all of them to finally find out the secret cause of aggression and other oddities.
In addition, other members of society, especially other teachers, will be protected from inappropriate colleagues.