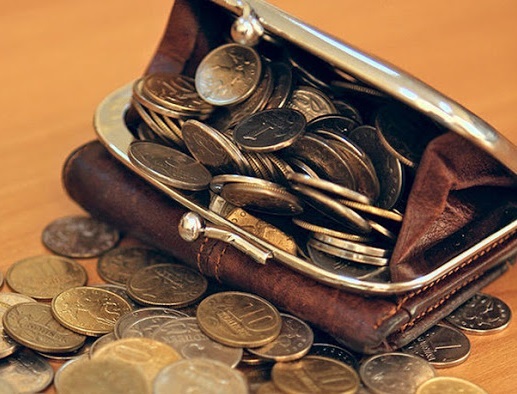 Now it is safe to say that with fanfare announced the increase to pension to pensioners in the amount of $ 1000 has not led to the desired result.

In the first quarter of 2019, a significant number of pensioners began to complain about rising prices and argue that even the increased pensions they don’t have enough for a decent life.

Moreover, we must honestly admit that a significant number of pensioners received a pension less than a thousand rubles. Because it is not produced in the amount pre-specified in the law amount, and by simply increasing their pensions by 7.05 % !

So that the disabled old men and old women (especially in depressive and subsidized regions of Russia), which was a small pension, for example, 7000 – 8000 rubles, received an increase of approximately 490 – 560 rubles instead of the loud voiced the sum of 1000 rubles.

It is especially noteworthy that the said one thousand roubles, it was the average amount of gain throughout Russia. Well, as the average temperature in the hospital. In General, non-working pensioners who have a pension were 40 000 – 60 000 rubles per month received an increase to 3,000 – 4,000 rubles, and the rest in accordance with his modest pension.

Maybe the main thing here was to mislead people and beautiful promise to increase pensions every year for five years to divert the attention of workers prior to raising the age of retirement ? But this is only a guess.

By the way, that in these five years, from the pocket of each worker (from 60 to 65 years, with the exception of certain categories of citizens) can be removed up to one million rubles unpaid pensions, bureaucrats are silent.

And one more suggestion. Maybe the purpose of the idea of raising the retirement age of the workers was not to begin paying their pension with 65 years, and to cease to pay them earned (!) pensions today ? Then everything becomes clear.

Ceasing to pay pensions to workers with 60 years (they would work to 65 years) bureaucrats, thereby, will save possibly hundreds of billions of rubles a year. And this means they may become used to the rotten boat of the Russian bureaucracy drowned. But it is also suggested.

Meanwhile, Russian bureaucrats may continue to engage in “cuts” and the grandiose “construction of the century” type of construction of railway and highway or the construction of a bridge to Sakhalin, where for several years going to close last coal mine. By the way, produced at the Sakhalin oil and gas export in significant volumes tankers and gas carriers.

It is very alarming that the cost of the bridge to Sakhalin, where residents will soon be counted on the fingers, maybe strength up to 700 000 000 000 (up to seven hundred billion) rubles. I wonder who, in addition to major building contractors, this bridge is needed and will be needed ?

It is possible that when the bridge was built, the payment of pensions to workers will be canceled completely. And workers (especially, pre-retirement age) will declare that it was necessary for ourselves to save for old age. But this is only an assumption, to think and to believe the law is not prohibited.

In General, if in previous years a working pensioner received not only salary, but also earned (!) he retired, and now this in Russia will not. As they say, was yours, was…

Generally speaking bureaucrats in disbelief – why workers, a significant number of whom probably won’t live to see retirement at 65, were dissatisfied with their promise to pay a pension, increased in average by 1000.

But the promise of increase to pension in 2019, soon turned into dust. Because many have forgotten. Monthly expenses of Russian citizens has grown considerably more than a thousand rubles a month, compared with the beginning of 2018.

It is noteworthy that at the beginning of 2019 in Russia began to sell chicken eggs in packing on nine eggs for the price of a dozen. Then appeared in the sale and packaging of eight eggs, probably for the price of nine eggs.

Moreover, it was possible to observe quite extravagant approach of trade enterprises – offer to buy has risen in price eggs apiece !

But that’s not all. A few days ago I was shocked by the fact that in Moscow in a trade network began to indicate the price of bread per 100 grams, like red and black caviar !

I turned to the staff of the supermarket for an explanation and was told that on this occasion they were instructed. I calmly explained that the only way to sell their products – sliced bread.

But food culture in Russia implies that the population used to buy bread loaves and baguettes, and not a few slices of bread, it is more acceptable abroad.

Especially do not mention the name of this trading network, so they have not reached the representatives of the other retailers for the study of such “experience”.

By the way, it would be appropriate to recall a popular Russian saying: one hand gives, the other takes (back). We are already seeing similar. So, according to the forecast of “Rusprodsoyuz” the VAT increase of 2% ultimately can lead to increased consumer prices for food (on the counter) by 8%. Do not forget that the price increase is influenced by many other factors.

Given the projected growth of prices for food, goods and services, we can assume that the larger the bagel promise to pensioners and workers, the greater the donut hole they will get.