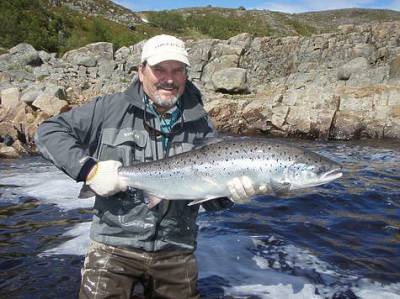 Attentive and responsible fishermen, as a rule, immediately exhausting the tackles.

More responsible and try to inform the adjacent.

It is possible to get carried away and for some reason, to ignore the events.

Personally, I am one of those who offer help to the fighting with a major trophy.

Unfortunately, our fishing fraternity there are those who don’t care what is happening around. They are “on the wave” and seeing how someone tries in catching a trophy doesn’t move or try to move. They are all the same: if they can prevent it, can there be overlap with their gear, we will miss you fish or not.

Read the “Dashing tour to the Caucasus”

On the well-known “emotional tone Scale” such people are usually very low. As a rule, from the tone of 1.1 (covert hostility) and down to the lowest 0.05 (apathy). Nothing can be done, these are the realities of our lives.

In order to show how sad it is the fault of such “subjects” to lose a big fish, I’ll tell you a story. It happened to me in the spring on the Kola river. 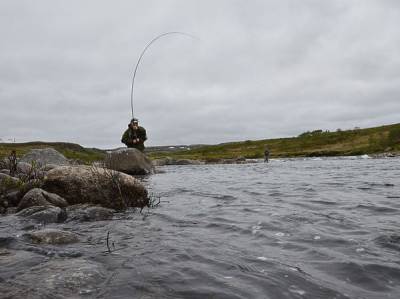 This well-known river in the Murmansk region. The beginning of the season, the extremely high level of water in the hands of the two-handed sword equipped with heavy lines and big heavy flies. On the next cast strong potica, and I’m already on big fish.

Around on both sides of the river, a lot of people. All with the understanding wear their gear and give the ability to fight the fish. Taking a short time on the pit, salmon flies swiftly downstream.

I have 200 metres of a durable 50 lb backing. Know released far down the fish against the current deflate unrealistic. You have to shift down. To go to the beach not really, because standing in the middle of the river, and the salmon very quickly winds up meter after meter of the backing from the reel. 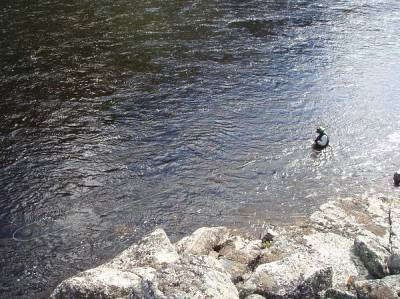 For extremely deep for passage waders in the place I pass almost cherepnov water. There is still one deep stream, which we need to move to get closer to the fish. Some incredible luck and “enthusiasm” I still Purebeau to saving broke. Fish continues to rush down the center of the jet.

At this time there is terrible. Right in front of me the river approaches the sleepy fisherman with a spinning rod in his hands.

Not looking around and not seeing anything around here makes far casting, throw my cord. I try to scream and waving his arms that he noticed me, but the fisherman continues to exhaust the heavy trolling on yourself. The baubles caught my cord, it makes a strong cutting thinking that fish.

Thus, he snatched the fly from the jaws of my trophy, looked at me surprised and walked away from the riverbank. Apparently continue to sleep or feast with friends.

Offensive loss of the trophy

I really started to cry. It cost me so much effort to continue fighting a large salmon. I twice almost floated, moving behind her. It could be the biggest fish in my life. To miss this trophy is not their fault – it was two orders of magnitude more insulting. 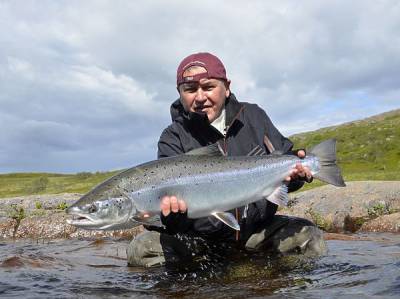 I want to wish you all, my dear colleagues, be attentive and understanding members of our fishing community.

There is one Golden rule: “Do unto others as you would have them do to you!” Good luck to you.