Continuing the theme of the negative impact of the technosphere on human health and the biosphere in this planet want to mention the fact that the creation of the city-cities were part of a single multi-millennial plan certain forces in the gradual destruction of mankind, which was to occur as a result of total deformation of our consciousness.

And to you it became clear what was implemented and continues to implement this plan with the help of numerous servants of darkness, created on the Earth of the parasitic Pyramid of Power and it blended in at different levels, direct you straight to the information received by the Russian traveller, biologist, anthropologist G,Sidorov from the keepers of ancient traditions orianthi: 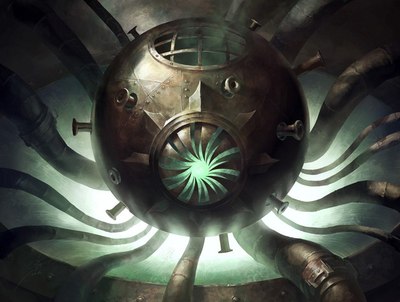 “We need to deal with some unknown simple layman technology. With the seemingly unobtrusive influence of certain forces that brought earth’s civilization of the people actually to the social disaster — don’t count… what city on Earth are a consequence of the urbanization process. Umaniste is not a cause. This is just a smoke screen, behind which is hidden the essence of what is happening. A kind of Fig leaf. And wrong to assume city a natural phenomenon, they say, without them, earth’s civilization can not do.

Well, in the big cities – the focus and culture, and science and industry! Only what is culture? Artificially created, autofanai from reality, perverse and mass, in essence, a slave. The same can be said about science. The accumulation of knowledge about the world, the city only prevents. Too much interference: no clean water, no air, no space.

In addition to scientific experiments always affected by artificial electromagnetic fields. The last factor adversely affects the psyche. As it became known from numerous studies of the electromagnetic field destroy the neurons. What kind of science when the human nervous system is depressed and operating in a hostile environment. Is wasted memory and there is a constant lack of energy. All the serious opening, usually made in special laboratories outside the city, in nature. So what about serious science in Metropolitan areas to speak of. This is a well done Comedy.

Was only the industrial enterprises, where dazed from the rush of various everyday problems, the harmful influence of mobile stations and other types of electromagnetic effects of modern slaves, being in constant stress, sell for money power and time allotted to them by the Creator for life. I said “slaves” and that is not hyperbole, but a sad fact. Cities of our vaunted civilization were created primarily as a giant container has lost its higher purpose humanoid bipedal creatures.

Dark since the dawn of time has understood that independent living on the land with his labor people to control virtually impossible. They are self-sufficient. Themselves fed and clothed, live in harmony with nature. And, most worryingly, not their far-fetched, but according to its universal laws. And the dark began to move…

In Russia, and not only on her, and throughout Europe, and even in Byzantium the values were reversed. Regardless of the village, the city got a higher status than the source by which he lives. A parasitic system has become more respected, than that which feeds it. That represented a medieval city? First of all, the place where made the trade.

Of course, there were in the towns and artisans, but few of them lived only with his business. Usually outside the city walls they had cultivated fields, and the towns near the house and the cattle. In the development of the city needed first and foremost, the merchants. It is clear: the more people, the greater the opportunity to sell something. It is the merchants transferred a simple exchange of goods for money rails.

The first money was what? The ingots of silver and gold. While in the course were the precious metals of a great disaster no one saw. Although the moneylenders in the towns platted their nests. You must understand: all has begun with that moment as stopped Aryan barter trade. First money appeared and their owners…

But don’t take God’s chosen major factor in the emergence of cities in the middle Ages, especially where they were not. You should know that in VII century Russia was called Gardarika, i.e. country towns. And cities in Russia really was a lot. But it is interesting that the population of Russian cities, despite the fact that they stood hundreds of years, never exceeded seven or eight thousand.

For a long time scientists could not understand the reason for this. Throughout the world cities have grown, and in Russia no. They became more a fact, but the number of residents in Russian cities has always been limited. Scientific men finally guessed what was wrong. It turns out that the inhabitants of Russian towns, whoever they were: blacksmiths, potters, shoemakers, and never lost the connection to the earth. Living in the cities, they were half peasants. The same can be said about baarah and even the princes. Vedic Rus ‘ work in the field was considered sacred and the most prestigious…

But in the Christian era, arose the same ideology of contempt for everything rustic and natural, which we observed in our time. In the Christianized cities of oratai from the X century were called serfs. So stinking dirty. It is still possible to hear: “Hey, a village!” The word “farmer” has become synonymous with the word “moron”. But it is only the background, the field on which turned the tragedy we are now witnessing. When in Russia, and all over the world started to grow rapidly the city’s dark began the second stage of the creation of the urban herd. You, I think, must remember the mechanism of urban growth in the West?…

See how everything is arranged: the city quietly turned to the peasants in the trap. First crushed the people of feudal dependence, and then opened the gate, they say, come with us. But without any property. In what capacity? Worker. More precisely, the present slave! Only instead of the taskmaster and the whip began to act dependent on money.

Now about the money. Won’t say who invented them. Some researchers argue that God’s chosen, others that they came ostensibly by themselves. They’re both wrong. Money on Earth were created by those who wrote the Torah or the Bible. But first they were gold, silver and precious stones. For the first stage concentration of power in the few who have had enough. I think you are guess you are talking about.

In one person by merchants and moneylenders for seven centuries, trading in slaves, furs, Chinese silk and other things, is shared among all the bulk metallic money. and not only in the West but in the East: India, Burma, Thailand, China, Korea and Japan. After that, all over the planet began the transition to paper fakes. Here is something created by the bankers. It’s true. And the hosts of God’s chosen.

How was it done? Very simple: paper money appeared as promissory notes-receipts for their investments in the Bank any value. But the fact is that the bankers, knowing that all the gold deposits they immediately no one will take away, plus they had its gold reserves, write such a number of paper bills that were several times stored in cellars reserves of the precious metal.

Fake? Yes, of course, and in huge quantities! Unsecured. But, giving them the interest they have already received a real return. Changed the air gold and jewels. Unfortunately, this process applies to our age. Nothing has changed. However, for some time the role of private banks took over the state banks. By law to mint the gold and issue paper money could only they. But it lasted very long. After 1913 the issue of the world currency, the dollar again fell into the hands of privateers. I mean the Federal reserve Fund.

– I know it quite well, I stopped by Jaroslav. I don’t know why you me about this fraud talk?

– So you knew where on Earth did the huge mass of essentially counterfeit money. And dramatic impact that the fakes directly related to the number of the urban population.