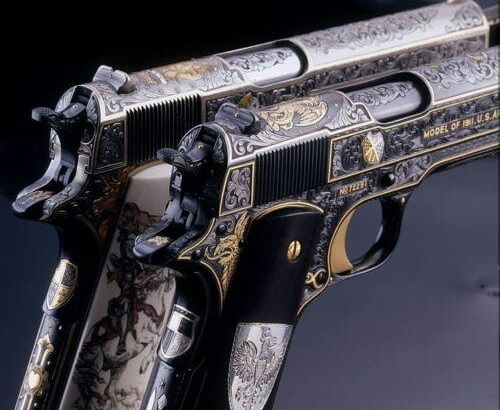 This photo appeared here not casually. Congratulations to all Russians and friends of Russia, as well as buyers of the products of our defense plants on the remarkable holiday – Day gunsmith !

You just look at this beautiful pistols ! And what a magnificent finish ! Perhaps they were tailor-made for some crime boss or, conversely, for gift influential “nakabaru”, the corrupt or the “real Colonel”.

By the way, for the scout, this weapon is not suitable. The fact that the intelligence has a firm rule: to fit in, not to stand out neither in the crowd nor the team. And, between us, a real illegal alien never wears and even do not keep weapons in his house.

During his more than half-century film career, James bond only a few times “cheated on” to this weapon, by the decision of the filmmakers using a different gun.

They say the legendary Rambo promised next time to return to the screens of cinemas already with a Kalashnikov. Importantly, U.S. sanctions not imposed against the Rambo.