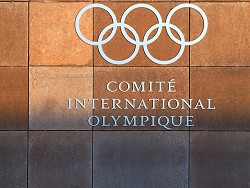 The world anti-doping Agency (WADA) issued a statement regarding the decision of the court of arbitration for Sport in Lausanne (CAS) for 39 Russian athletes.

In a press release published on the official website of WADA, said that the Agency expresses grave concern at the decision of the CAS. It is also stated that WADA supports the intention of the International Olympic Committee (IOC) to challenge the verdict in the Federal court of Switzerland.

The Agency believes that the fact that the appeals are denied, 11 athletes proves the correctness of the conclusions of the IOC under the leadership of Samuel Schmitt, as well as the Commission’s Richard McLaren, which revealed evidence of state support system of doping in Russia.

It is noted that WADA will refrain from further comment until the publication of the reasoning of the CAS decision.

Earlier it was reported that CAS has cancelled the 28 cancellation of the results of Russian athletes at the Sochi Olympics, 11 athletes received a temporary disqualification is for life and not be able to participate only in the next Games in Pyeongchang.

Later it became known that the IOC challenged the CAS decision in the Swiss Federal Supreme court.