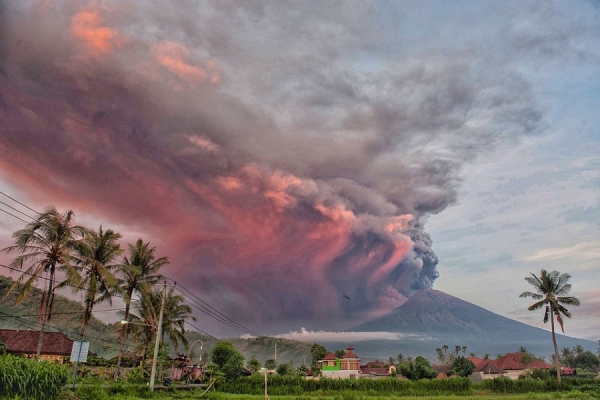 Many tourists looking for undiscovered locations or locations with increased risk, with the aim of thrills. As no active volcano so you will be able to calm fray nerves. However, people sometimes do not realize the danger.

British experts have been warning that such tourists walk along the edge of a knife, and called on local authorities to ensure the safety of tourists-tourists.

Experts stressed that one choose a safe location to monitor the process of eruption of an active volcano isn’t enough. You should pay attention not only to the spray erupting lava, but flying from the heart of the rocks. Vacationers often just don’t think about the stones, which together with the fly ash during the eruption. In addition, the eruption also harmful and the emitted gas and volcanic bombs (lumps of lava which are ejected under pressure out).

British experts mentioned a case which occurred not long ago in Iceland. In 2010, two tourists went deep into the wilderness in order to contemplate on the process of eruption of an active volcano, but they perished from frostbite, because neither take into account all the environmental factors.