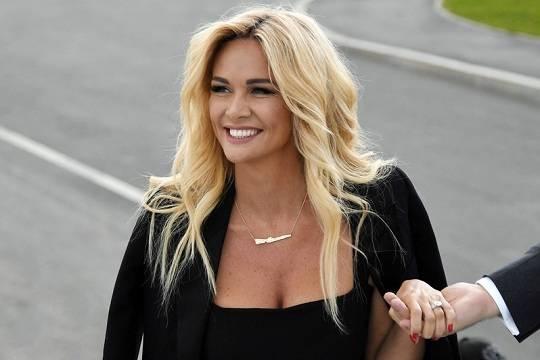 Victoria Lopareva, a Russian model and socialite starlet has confessed that she is pregnant. As she is not married the coming baby will leave a much of intrigue as for the fatherhood. Due to extensive activity of Victoria Lopareva the baby can come in any skin color and national background, Russian magazine Sobesednik speculated.

35-year old Lopareva does not hesitate to show with any type of men on public. Due to her lifestyle there is a wide circle of likely fathers of her child. To name a few…

Since 2016 Lopareva met the head of FIFA Janni Infantino. She was appointed as an ‘soccer ambassador’ on behalf of Russia so she had an access to the very pool of the ‘soccer grooms’. Infantino is married and has four kids, but it maybe was not enough to prevent some side story to happen.

Congratulations to England 🏴󠁧󠁢󠁥󠁮󠁧󠁿 and to all my English friends on an impressive score today, the highest so far during this World Cup @fifaworldcup in Russia 🇷🇺 ! And hats off to Harry Kane for his hat-trick! Here with England legend @garylineker who also scored a World Cup hat-trick back in 1986 🌎🏆 history repeating itself

During the Football Championship she was often sighted in a company of black sportsmen from Senegal and Ivory Coast. Ivory Cost soccer star Drogba ‘was steam hot’, according to Victoria Lopareva.

So pleased to have dear Didier @didierdrogba at my World Cup 2018 opening match after-party @fifaworldcup ⚽️. A treat to celebrate the occasion together and after such a fantastic start for Russia!🇷🇺 @siberiamoscow58 🎉🎉🎉🎉🎉

She also met the French and greeted them with exagerated hospitality.
 

More Paris magic @psg tonight ⚽ well done to dear Neymar @neymarjr for scoring the first goal & bravo to Mbappe @k.mbappe 🔥🔥🔥🔥who really stole the show with 4 more in a row to clinch the match. It’s good to be back guys! Didn’t expect anything less with the extra support from the stands 😉 @blaisematuidiofficiel ✌🏽V #paris 🇫🇷

She showed it to Will Smith, an American actor, who come to the closing ceremony of the Championship. They were all day long together.

Football unites! Welcome to Russia 🇷🇺 dear @willsmith 👏🏽So happy to perform with him on the same stage of the ceremony closing @fifaworldcup ✨⚽️✨V

Model has nothing against Asian men. She often meet Stiven Huan, an extravagant Chinese billionaire. He is also married but it does not prevent them from provocative activities.
 

Dear Stephen @stephenhunghk Happy Birthday! 🎂🎊🎉 Wish you all the best, for you to achieve all of your goals and for your biggest wishes to always come true ☝🏽V @deborahhung @stephenhungofficial

Zuhair Murad, a designer from Lebanon also fits the list of candidates.
 

Victoria Lopareva may not know for herself who the father of the coming baby is, and that the probable cause of her late modesty about the baby’s father, assumes Sobesednik.