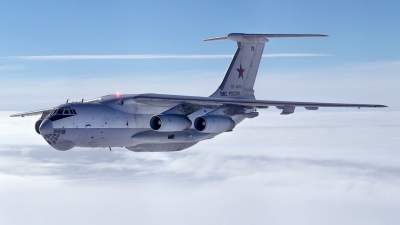 Washington welcomes the decision of Malta

The United States welcomes the decision of the Maltese authorities do not provide its airspace for flights of Russian aircraft in Venezuela. This was stated on Twitter the official U.S. state Department spokesman Morgan Ortagus.

“We applaud the efforts of the government of Malta in connection with the fact that he refused to allow Russian planes to use its airspace to supply the inhuman regime in Venezuela,” she wrote.

“We urge all countries to follow the example of Malta, to prevent the Kremlin to help the dictator Maduro,” added Ortagus.

The official representative of Russian foreign Ministry Maria Zakharova said earlier that on 4 April Russia through its Embassy in Malta in advance asked for permission to fly through Maltese airspace of two planes carrying cargo and passengers to Venezuela, but the Maltese authorities refused to grant permission.

Russian military aircraft have repeatedly used the airspace of Malta for a flight from Syria to Venezuela. In particular, in March, the Malta allow such flights, but in April decided to refuse.