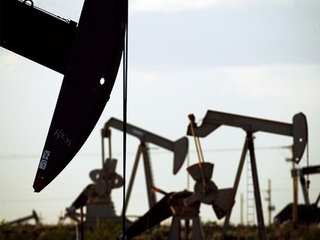 On 2 July, the oil market experienced a record for the month falling on the summit of OPEC+ in Vienna. There Russia, Saudi Arabia and the 14 largest oil-producing countries agreed for the fifth time in a row to extend the agreement on the reduction of supply to the market.

In theory, the agreement OPEC+ was intended to support prices at a high level. In the framework of reduced world oil production by 1.2 million barrels per day. This is the most serious step the coordinated States, who live mainly at the expense of oil supplies.

The market has got even more than expected: OPEC deal+ was extended for nine months instead of the traditional six. However, oil prices in London and new York reacted to the outcome of the summit collapse almost 5%.

The problem is that the agreement does not fundamentally change the situation on the market. And it is for the participants of OPEC+ is not the best way. Estimates of the cartel, even when the agreement was surpassed 150% in the world was extracted by 200 thousand barrels per day more than required.

According to analysts, the cartel’s de facto continues to lose world market share, and deliver them to the US companies that produce shale oil. These American players for three years of the deal, OPEC+ increased its production by 3.5 million barrels per day. And to stop there is clearly not going to.

According to the forecast Citi analyst Eric Lee, in the next year and a half, the United States can be 2-3 times increase oil exports to the volumes that we now sell only Riyadh and Moscow.

But how does Rystad Energy. Until the end of 2021 the capacity of the pipelines transporting oil from the largest oil shale of the Permian basin will grow threefold. As a result, ports of the US East coast will flood up to 4 million barrels per day.

Two major Texas port of Corpus Christi and Freeport will be reconfigured under-oil exports. The terminal is in the first building trader Trafigura, the second — Enterprise Products Partners.

All this means that shale oil will inevitably set a new benchmark price — $ 35-40 per barrel.

This is very bad news for Russia. It is no coincidence that the ruble on Tuesday came down. Exchange rate of the dollar rose 0.5% to 63.3 per dollar. The Euro climbed 0.6% to 71.5 ruble per Euro.

And that, I think, only the beginning. If the oil market will be fluctuations, the Finance Ministry is likely to keep the ruble from falling will not be, and the jump rate can be quite high.

If amid sagging oil the U.S. will take additional sanctions, which today no one even discusses the possible jumps of the ruble up to 80 RUB/USD and above.

Is America really going to significantly increase oil production, — said the President of the Union of entrepreneurs and tenants of Russia Andrei Bunich. — Infrastructural problems of the United States — the construction of oil pipelines and terminals will be partially solved as early as 2020. In addition, the prey can increase Canada and Mexico. In the end oil export complex, which is created now in the US, will be more and more pressure on the world market.

All this will inevitably lead to a reconfiguration of the entire market, and, in addition, will determine its future technological development. It is necessary to consider that solving the energy problem, big corporations and the financial world will be different look in General for the future of the energy market.

Now parallel with the growth of oil production, vigorously develop energy-saving technologies and energy efficiency. Their leaps and bounds introduced in Europe, Japan and partly in the United States. These players join China and India — the government of these countries impose the appropriate program to have less dependence on energy suppliers.

Notice now the oil companies around the world are not investing in the exploration of mineral resources. In my opinion, this shows that the proven reserves are more than sufficient to meet the demand. There is no sense that any scout when clear: a huge part of the oil market will be absorbed by the United States and several friendly Americans players, the rest of the market will be restructured, and the market will shrink.

Why to explore if there are huge oil canopy? This tent is getting bigger: today, the market pushed Iran, Venezuela, plus the unstable situation in Libya and Iraq is not conducive to increase production — and nobody cares. Add to that the African countries like Angola and Nigeria, which theoretically can also increase production.

— Club of Rome — and this is a reputable organization that releases major reports — a few years ago issued a forecast: oil could reach a peak demand in 2020. Now, notice, demand weakly increases — but it may stop growing. Until all players based on the fact that the peak demand will be reached in 2030-2040-ies. But it is possible that the thunder clap right now.

If a fracture occurs, and the demand for oil will pass the point of no return, it’s exactly will bring serious consequences. In particular, will lead to lower capitalization of energy companies. Will be highly valued only companies that have solid prospects of selling, and the rest will be questioned.

Now the energy giants are not as many as before. The main share of market capitalization accounted for a high-tech company — Apple, Google, Facebook today cost under $ 1 trillion.

And we need to understand that the money came in the high-tech sector — this is the assessment of the future. The company, which today are many, are implementers of projects in the field of alternative energy, and all the technologies associated with the new era.

In fact, the situation approaches the point of phase transition, and the transition can happen in 2020-2021 years. And that is clearly one of the club of Rome, will soon become clear to the entire market.

“SP”: — the Agreement OPEC+ can to change this trend?

Something that will make OPEC or OPEC+, from this point of view is not at all irrelevant. I’m not even sure that Russia is beneficial to participate in the agreement on the limitation of oil production, because thereby it helps to increase the U.S. share in the market.

Recall, Rosneft opposed the agreement OPEC+ – it would seem, why? But the logic in this position, no doubt, there are. It turns out that the agreement is ambiguous — it is in some way recognizes a disadvantage for us a reality.

You look around: well, do not want oil to go up despite the threat of war with Iran. The agreement OPEC+ this background has an impact on the market is minimal at the level of short-term speculation.

But the global trends that I have listed, will quietly proceed and can come together in the next two years.

I think the situation can evolve even more dramatically, given the specificity of the global financial market and geopolitical interests of the players. When the process becomes apparent, many will go ahead in the speculative game, in time to remove the cream. In addition, geopolitical rivalries and trade wars can enhance the game, especially against Russia.

“SP”: — Russia will suffer more than other countries?

— RF is dependent on the oil market, and does nothing to weaken this dependence. It can do more unfriendly countries that can take advantage of the situation the “perfect storm” in the global economy, as much as possible to complicate Moscow life.

I think our Western “partners” will not rust. It is unlikely that they will fluctuate if there is a need to push out Russia from the oil market.

Forecast production in the United States, I believe, clearly indicates: in the absence of growth in global demand will be a technical possibility to withdraw from Russian oil. This is a major factor. It is significant that Europe has already done a backup infrastructure — just in case — to receive U.S. LNG.

This infrastructure exists objectively. Yes, as long as Europeans do not use it, but they built it for something, right? They went all out. So, if production in America will grow, and will be able to balance the world market without Russia — the Europeans will buy us oil and gas.

And then the Russian oil will only buy a friendly country like China. Moreover, with the discount, citing the complexity of the situation. And popular will is not the whole volume of Russian oil delivered for export today.

This is a serious geopolitical challenge. And the Russian leadership, in my opinion, did not take into account.

Asia is a leading player in economical development of the World. Thus everything that happens in our region is bound to produce an impact on the rest of the planet. Our team is closely monitoring, translating and investigating news story for our readers. We are well informed in the regional and global news. We do our best to keep the pace of rapidly evolving World. Greetings from Singapore&Bangkok.
Contact us: [email protected]
© MiceTimes 2014-CURRENT Singapore/Bangkok [email protected]news2.com
MORE STORIES