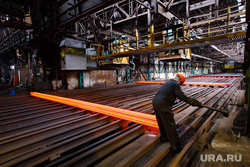 Kamensk-Uralsky metallurgical plant (KUMZ) has not received 212 thousand dollars from a Swiss company Aluminium Silicon Mill Products (ASMP) due to the fact that Deutsche Bank has frozen its money. The operation was stopped because the plant is a customer of Metcombank, half of which is owned by sanctioned businessman Viktor Vekselberg.

The Swiss company filed in new York court on the Bank. “In October 2018 ASMP transferred from his Swiss Bank account ING Geneva 212 thousand dollars for KUMZ previously obtained several tons of aluminum semi-finished products,” reports Forbes. The Swiss company is constantly committed dollar transfers to the plant through a German Bank. However, this time the money did not reach the recipient, but not returned to the sender.

Under the restrictive measures of the United States, American companies and financial institutions are prohibited to conduct business with individuals and companies from the sanctions list of SDN. You also cannot interact with the structures in which the share of the sanctioned businessman or company exceeds 50%.

Will appear improved versions of the first three games. The authors of the Mortal Kombat universe have decided to treat their fans better versions of...
Read more

Couple outraged by the persecution of the press. Prince Harry and his wife Meghan Markle, who now reside in Canada, opened the proceedings with the...
Read more

She took an antipyretic. A citizen of China with symptoms of the deadly coronavirus has boasted to friends that she was able to fool...
Read more

Advanced versions of the game Mortal Kombat will appear on PC...