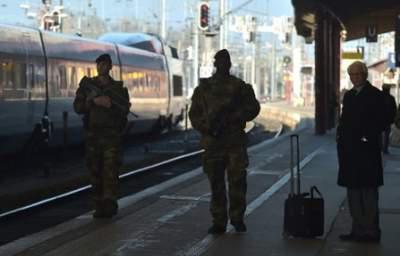 The intruder made a daring attack on troops patrolling the station Strasbourg.

One of the soldiers got a small cut on the cheek.

The unknown man attacked with box cutter on soldiers patrolling the station of the French city of Strasbourg, and fled the scene.

The incident occurred on Saturday night. “During a patrol station for two pairs of soldiers from afar noticed a man approaching him with a knife for paper. One of the soldiers got a small cut on the cheek,” – said the Prefecture of the Department of the Lower Rhine.

We will remind, military patrols are on the French station France in the framework of the national anti-terrorist plan “Sentinel”.