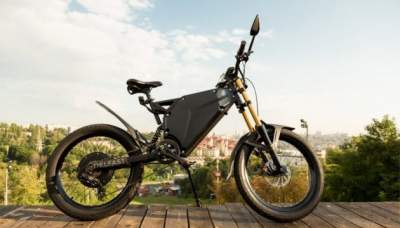 Ukrainians have created a rival to Tesla

Prime Minister Vladimir Groisman said the creation of the Ukrainian developers of a unique project — hybrid bike and mountain bike, the reserve is greater than the electric Tesla.

“The Ukrainian developers have presented a hybrid bike and a mountain bike – Ebike Delfast. Soon you’ll see it at Interbike International Expo in Las Vegas. A unique project makes a range of 380 km more than the Tesla electric car”, – he said.

The head of government expressed confidence that “such a powerful and environmentally friendly transport” appreciated throughout the world, and wished the developers good luck and new achievements.