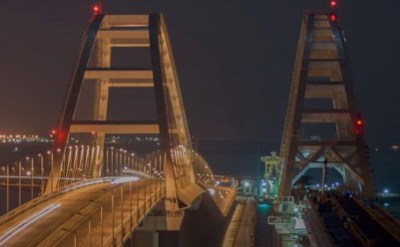 The people of Ukraine it is difficult to imagine the scale and speed of infrastructure development in the Crimea.

About it on air of TV channel “Espreso.TV” said the ex-Deputy of the Verkhovna Rada Vasily Volga.

“Externally, the Crimea has not changed very much. If you are expecting what happened with Moscow over the last ten years – you won’t see it. Because the Peninsula is now solved infrastructure projects.

What you will see, only drove on the Peninsula is that the whole Crimea reared. I would compare it with the all-Union construction project of the Soviet Union. Those who were not in the Crimea, and who now lives in Ukraine, the scale of construction come to mind will not. This is something the cyclopean character.

This motorway Tauris, which stretches across the whole of Crimea, and around which develops the entire infrastructure – they somehow put these roads, huge mountains, the impression that nights out are some giant, overturned the Crimea, pull something that rolled the roads of iron walked through the Peninsula. There are such a huge road with a huge infrastructure around,” he marveled at the Volga.

Ukrainian politician also said that in five years, the Crimea was built a lot of power, and now a Peninsula not only reached self-sufficiency, but even become an exporter of electricity to continental Russia.

“Being a part of Ukraine, Crimea even one fifth did not provide itself with electricity, was complete dependence on Ukraine. For five years they built a new plant near Sevastopol, near Simferopol, Saki, and so on.
Today the Crimea is divided into electricity with Russia. That is, in total, they pereprodat, they 116-120% of electricity production needs. Everything works. That is, in fact, there was a new electrification of the Crimea”, – said the politician.

In his opinion, even unrecognized status will not prevent the Peninsula to become a prosperous region.

“I don’t think that the international community recognize Crimea as Russian, don’t see to this reason. It will ruin certain behaviors of entire countries.
But the blockade is lifted. It will be like Hong Kong and China – there are different forms when you can operate. And Crimea will turn into a pearl, he turns into a pearl” – summed up the Volga.