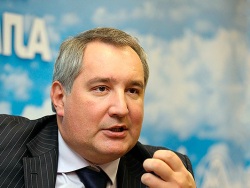 Given the fact that Ukraine broke off cooperation with Russia in the field of aviation, heavy transport aircraft an-124 “Ruslan” will be upgraded in Russia.

In an interview with “Kommersant” said the head formed on the basis of the aviation complex named Ilyushin transport division of the United aircraft Corporation (UAC) Alexey Rogozin, answering the question of how to deal with the maintenance of aircraft An-124–100 “Ruslan”.

“”Il” entrusted with the developer on these planes. This decision was taken after the well-known events of 2014, when the state enterprise Antonov actually refused technical support and further cooperation under the program of An-124. These competencies are now on the “Ile,” discussed the modernization of the aircraft with the use of the reserve, which arose in the course of the program of creation of the Il-76MD-90A. I believe it is possible to independently develop the theme of “Ruslan”, because the resources available now the sides are still very large, they will be able to operate until at least 2040,” — said Rogozin.

According to him, the main task now is to ensure the safe operation of this aircraft and further development. He also said that the maintenance of An-124–100 engaged in “Aviastar-SP” in Ulyanovsk without the help of the Ukrainian state enterprise “Antonov”.

“Communication between businesses today, is broken. But I would like to remind you that this aircraft was not developed in Ukraine and in the Soviet Union. There was a very wide cooperation: Central research institutes, design bureaus, enterprises of the whole country. And the production base was organized in Ulyanovsk. So you can’t consider “Ruslan” Ukrainian development”, — said the interlocutor of the edition.

Also he was asked to answer the question about the possible resumption of cooperation with Ukraine.

“In Kiev has very many people understand that the rupture of relations with Russia hit the Ukrainian enterprises of the industry. I can honestly say, that co-operation with our Ukrainian partners we are not shy and willing to negotiate. But only in the case of the relevant decisions at the state level”, — said Rogozin.

He also added that the Russian industry, if necessary, capable of mastering the production of engines of this class that were created in Ukraine.