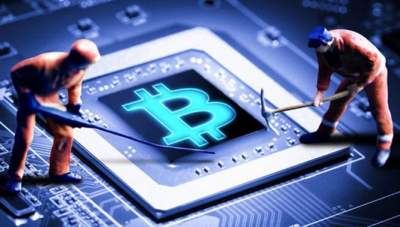 Experts have made a rating of the countries in which profitable to mine cryptocurrencies.

Given the difference in the price of electricity, the cost of mining, that is mining bitcoins in different countries varies from a few hundred to tens of thousands of dollars.

To calculate the American edition of International Business Times analyzed data from 115 countries of the world.

The best for mining the country was Venezuela, where production of one bitcoin costs $531. The result was two times below the second line of the rating of Trinidad and Tobago, where mining costs $1190. The third country was Uzbekistan. There are mining costs about $1788.

Ukraine is located on the fourth place. In our country, mining a single bitcoin is worth $1852.

The most expensive country for mining was South Korea, where production of one bitcoin is worth $170 26. But other Asian countries can boast a more favorable price of mining. For example, in India one bitcoin you can mine by spending $3274, and in China the production costs of the most popular coins of $3172.

For comparison, the U.S. ranked only 41st place. For a mining bitcoin there is electricity you will have to spend $4758. Slightly smaller figure for Russia is $4675.

In General, when the current value of bitcoin to about $11 thousand, in 91 countries to do it quite profitable. In these countries, the cost of mining is cheaper than $10 thousand.

Almost all countries from the twenties with the most expensive electricity are concentrated in Western Europe or in the Pacific Islands. In addition to South Korea, with the exception of steel, curaçao, Turks and Caicos Islands, Sri Lanka and Bahrain. Mining bitcoin in these countries worth more than $11 thousand

Electricity prices were taken from data provided by the government, utility companies and organizations such as the International energy Agency. The rating used is the average price of electricity for the population and the average consumption of the most popular mining devices — AntMiner S7, S9 and Avalon 6.

Note that Ukraine has still not resolved the question of the legal status of cryptocurrencies in General and mining in particular. For example, the national Bank of Ukraine stated that it could not accept the bitcoin currency and warns of risks of fraud.

Thus, in the past year, a number of deputies have proposed to Parliament to legalize the cryptocurrency circulation in Ukraine, and registered two bills – No. 7183 No. 7183-1.

However, the national Commission on securities and stock market refused to support these bills in the form in which they were filed. 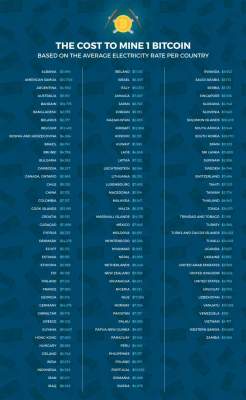