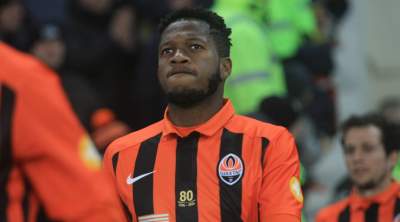 The Brazilian players of Shakhtar Tyson and Fred joined the list of contenders for the award “Samba Gold”.

Tyson and Fred in 2017 helped Shakhtar to win all the trophies in the domestic arena (championship, Cup and super Cup) and made it to the playoffs of the Champions League.

Competition Tyson and Fred in the fight for the title of best Brazilian footballer in Europe are the stars of world football – Neymar (PSG/Barcelona), Philippe Coutinho (Liverpool), Dani Alves (PSG/Juventus), Marcelo (real Madrid), Thiago Silva (PSG) and others.

In the list of applicants in addition to Tyson and Fred are still four players associated with the Ukraine – the former midfielder “Shakhtar” Douglas Costa, Fernandinho and Willian, as well as played in “the river” by Juliano.

To participate in the voting for the best Brazilian footballer playing in Europe, you can follow this link. 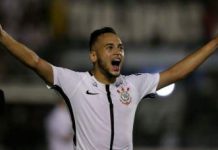 Asia is a leading player in economical development of the World. Thus everything that happens in our region is bound to produce an impact on the rest of the planet. Our team is closely monitoring, translating and investigating news story for our readers. We are well informed in the regional and global news. We do our best to keep the pace of rapidly evolving World. Greetings from Singapore&Bangkok.
Contact us: [email protected]
© MiceTimes 2014-CURRENT Singapore/Bangkok [email protected]m
MORE STORIES