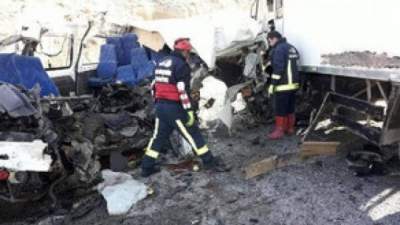 Eight people were killed and two were injured.

Eight people were killed in the collision of a minibus and a truck which occurred this morning in Turkey. Two more people were injured.

According to the newspaper Report with reference to the Ahaber, the incident occurred on January 30 in Gurpinar district of van province on the 70th kilometer of the highway van-başkale.

The scene attracted a large number of ambulances and rescue workers.

The causes of the accident are being investigated.