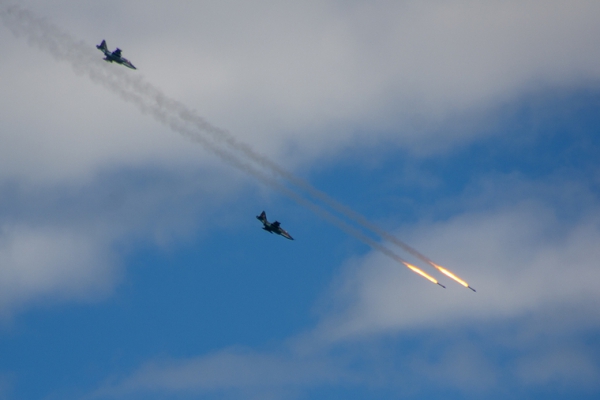 Turkish armed forces shot down a combat training fighter jet of Syrian government forces. About it on Twitter said the Turkish defense Ministry.

“Was shot down by fighter jet L-39 belonging to the regime [of Syrian President Bashar al-Assad]”, — quotes the words of the RNS message of the Turkish Ministry. It stressed that the plane was shot down in operation “Spring Board”, which was announced on February 27 the Turkish side.

According to the Syrian Agency SANA, government L-39 participated in anti-terrorist operations in Idlib. The fate of the pilot nothing is known. According to some reports, the fighter was shot down by a missile of class “air-air” and fell near the town of Maaret al Nuuman in Idlib province.

Earlier it became known that the Union of Russia Syria airstrikes the Turkish military in the Syrian province of Idlib. As a result, according to official figures, killed 33 Turkish soldiers. Later Advisor to the Turkish President Recep Tayyip Erdogan Mesut khaki the TV channel A Haber, said that Turkey is ready to go to war with Russia.