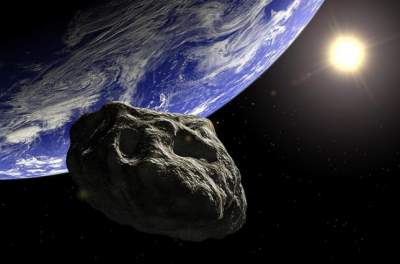 On 18 April by the planet flew by asteroid the size of a house.

April 18 past the Earth flew by asteroid the size of a house. As reported by Naked science, he came to our planet, much closer than any other “space rock” to the end of the year.

The asteroid, which was named 2019 GC6, was discovered on April 9, nine days before the closest approach to the Earth. The giant stone as close to the planet 18 APR, 06:41 GMT. Its closest point to us was 219 thousand kilometers from Earth – about half the distance to the moon.

According to NASA, the object is moving at a speed greater than 20 thousand kilometers per hour and its diameter is about 30 meters.

The Agency classified the asteroid 2019 GC6 as “potentially hazardous” near-earth object, but it does not mean that he directly threatened the Earth at this time. This term is used in relation to any near-earth objects that pass within eight million kilometres from the earth’s orbit, and are massive enough to cause significant damage to the Land, according to the Department for the coordination of planetary defense NASA