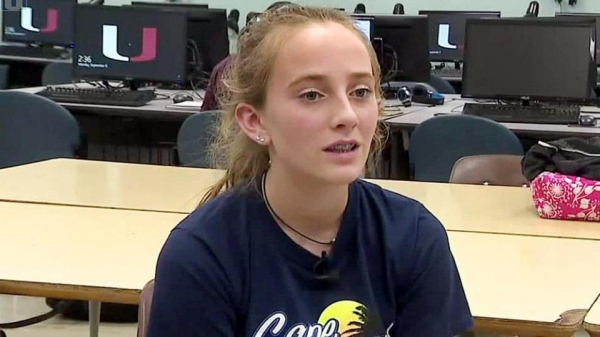 The girl from Illinois every two hours the memory is erased. She wakes up every morning thinking that today is June 11. In that ill-fated day with her was a terrible tragedy. 16-year-old Riley Horner accidentally struck on the head at the school dance. Then her brain automatically “resets” every two hours.

To somehow not fall out of life, Teens have to keep everything under control: she puts on a phone timer every two hours, notes the days on the calendar on the door, make notes in Notepad, putting up stickers everywhere and hundreds of photos. Yes, as it was in the film “Memento” by Christopher Nolan, but it was a movie, this is real life.

It is hard to imagine how hard it is not to lose heart, because now she can forget about school, work and normal life of the average teenager.

The worst thing is that doctors shrug. They don’t know what’s wrong with Riley, because they can not make a diagnosis. Tests show that it’s all right. The family still hopes and dreams that their daughter has returned to normal, but the Outlook is not promising. If no disease, then the treatment is not to pick up. She only spends endless surveys that lead to nothing.

The human brain is a complex thing. How to protect their children from this scourge? It is clear that such cases are one in a million, but from it nobody is insured. What would you do in such a situation?