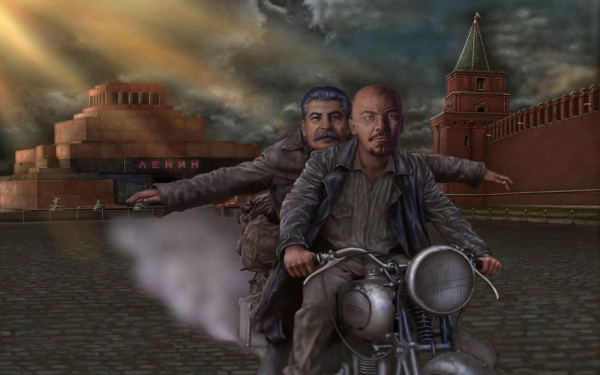 The issue of moving the graves near the Kremlin wall today, rising regularly and regularly causes the seething masses. The Communists are ready to go to the bones so dear to their hearts the heritage of the past. Let it lie – even the Communists in the USSR didn’t try to go to the bones, and as for the mausoleum, and a fortiori no one to die will not. However, I will cry a lot of course. So the question is voted “the wrong time”. Meanwhile, the issue of transfer of the necropolis of the Kremlin wall were not just anybody but the Communist leadership of the USSR. And it happened in the distant 1954. Here’s how it happened.

It all started in the following way. Once in the magazine “Architecture of the USSR” (September 1954) appeared the following message.

It is clear that this kind of thing spontaneously in the Soviet Union had not happened. In September of 1954 appeared the order of the USSR Council of Ministers, which the Council of Ministers, I remind you, was then headed by Georgy Malenkov, therefore this was preceded by some lengthy discussions within the Politburo. Differently in the Soviet Union to be just could not. As it turned out (on the links readers), the Resolution of the Central Committee of the CPSU and the USSR on the establishment of the Pantheon was taken immediately after Stalin’s death and published in the press in March 1953. Who was first formulated this idea – difficult to say. I, at least, traces have not found. Of course, this idea could offer the First Secretary of the CPSU Central Committee Nikita Khrushchev. It is quite likely. But with the same success it could have done no less authoritative at that time, Georgy Malenkov. If someone has some more information on this issue, I would be grateful for clarification.

Whatever it was, the Council of Ministers instructed the state Committee for construction and the city Council – and away we go. For the participants of the contest were formulated the conditions for participation in the competition. Here are some of them: 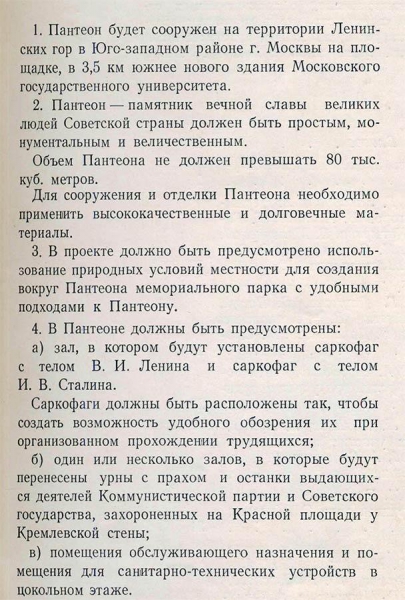 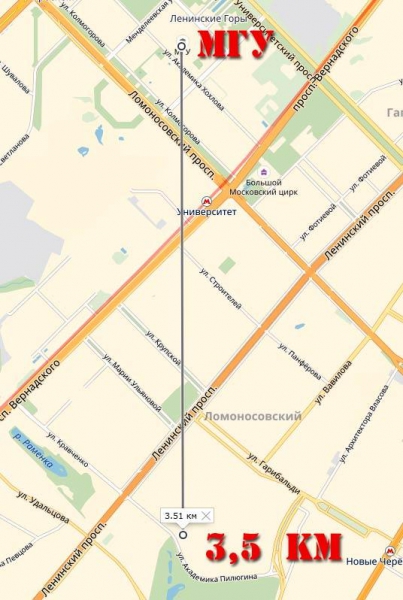 So the area looks today.

It is clearly seen that at home there is 80 years of construction and later. In 1954 there was a vast wasteland.

Located near the Vorontsov ponds. 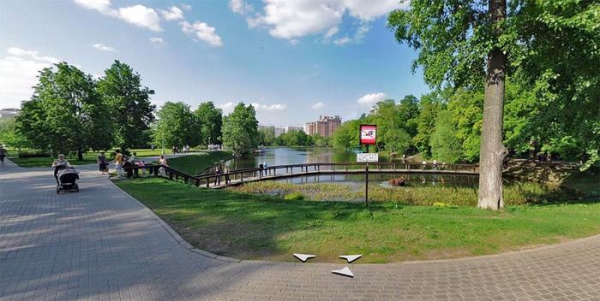 That is, the location was chosen according to any picturesque.

What can we say about the maximum amount of Pantheon? For him the maximum volume of 80 cubic meters is a lot or a little? Well, let’s say, if we take Saint Isaac’s Cathedral in St. Petersburg, it has the following parameters: the height of the Cathedral 101.5 m, the length (including the portico) 111,3 m, width of 97.6. Multiply these dimensions and get a volume in cubic meters. I got 1.1 million cubic meters. That is, the maximum volume of the Pantheon was planned much smaller than St. Isaac’s Cathedral. On the other hand, built in 1930, the Lenin mausoleum had a volume of only 5800 cubic meters. In comparison, the Pantheon was supposed to be just a giant.

Of course the winners of the competition was supposed to reward. And not a respectable instrument, something more solid.

Given that 50 thousand is the size of the Stalin prize, second class (first – 100 thousand), to reward the winner was truly royally planned (Soviet reality).

And the funny part is in the same room “architecture of the USSR” (1954) was published a number of draft Pantheon. Which once again speaks to the fact that the preparations started ahead of time. Because the project of this building clearly in a week or two will not make. And here is the finished proposal by September 1954, prepared and even printed, and the magazines of the time also prepared quite a long time. Whatever it was, and today we can witness the projects of the Pantheon. (all pictures are clickable).

The project of the architect A. Vlasov 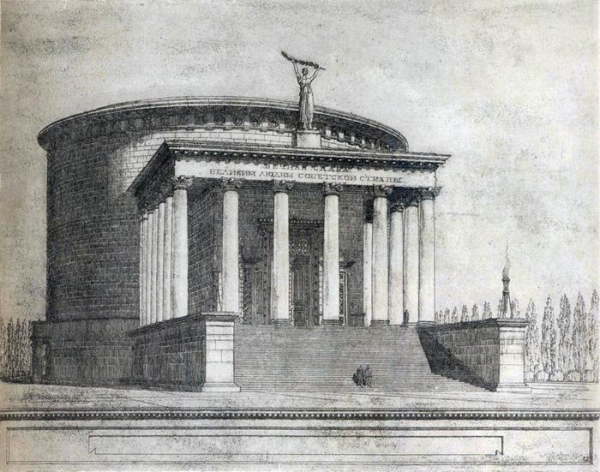 The project of architectural school and Studio of academician I. Zholtovsky 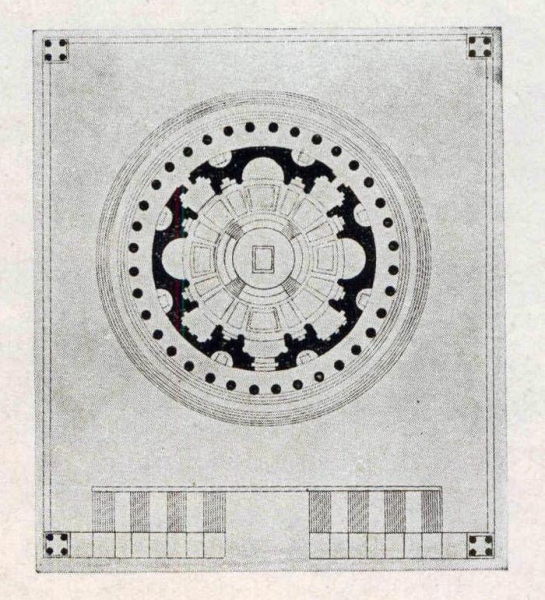 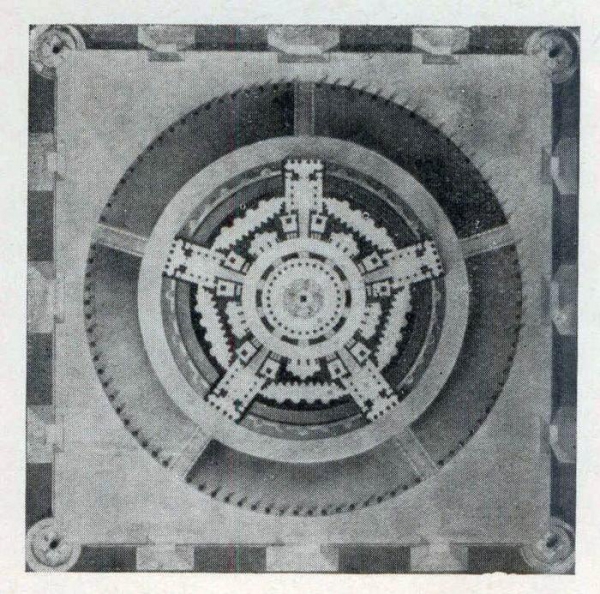 The architects B. Mezentseva, etc. 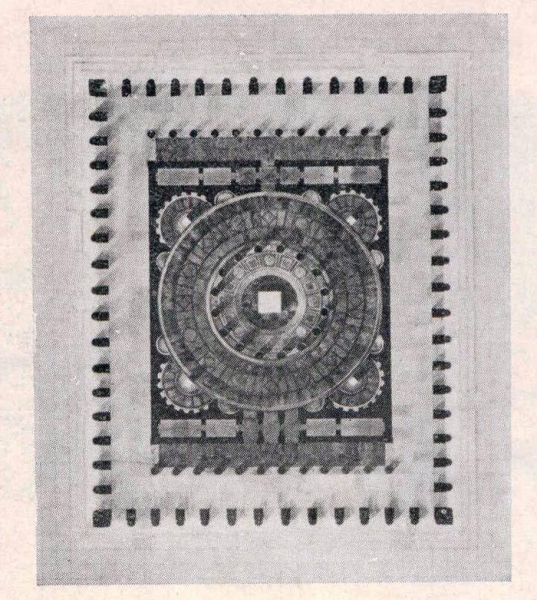 The project of the architect A. Mordvinova, etc. 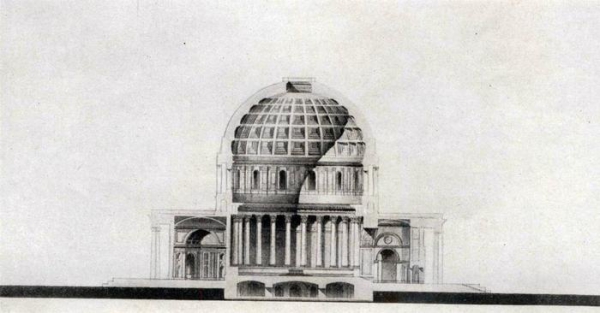 The project of the architect L. Polyakov et al. 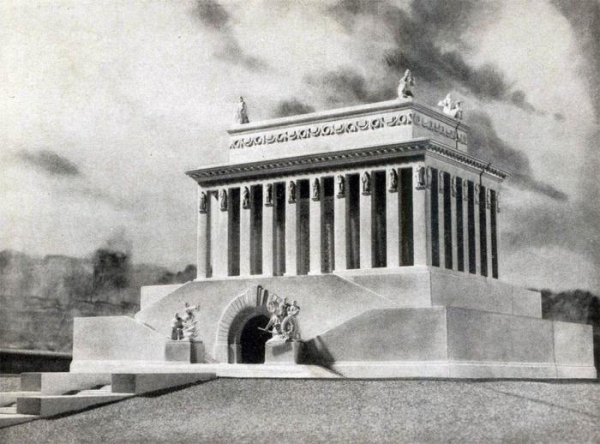 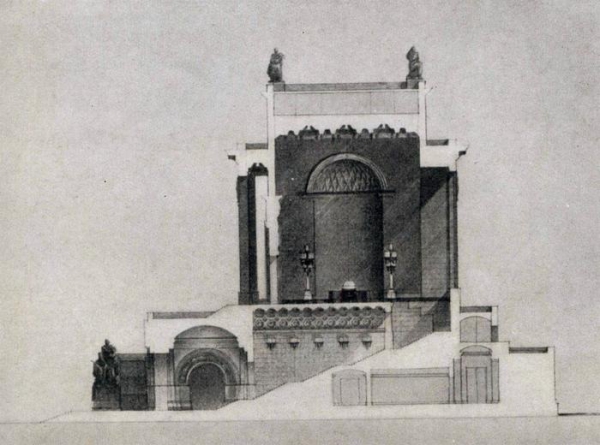 The project of the architect M. Posokhin. 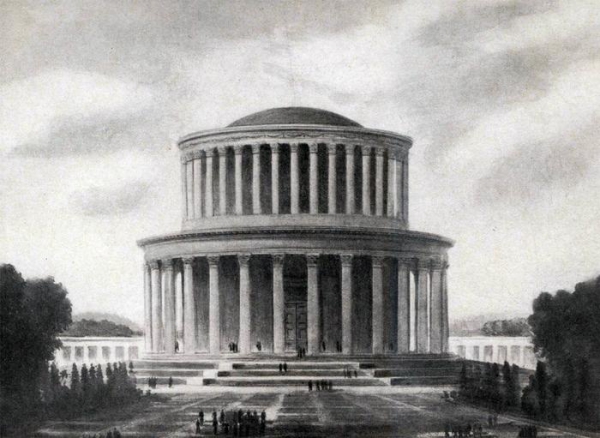 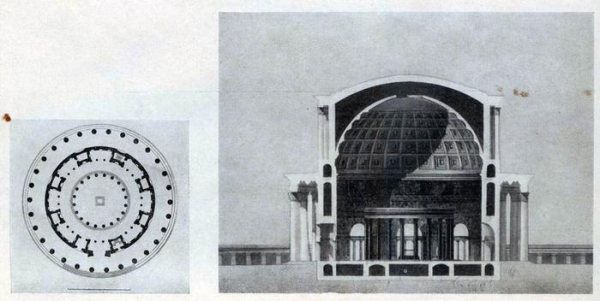 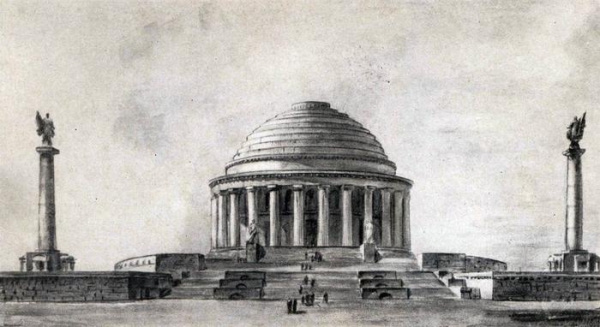 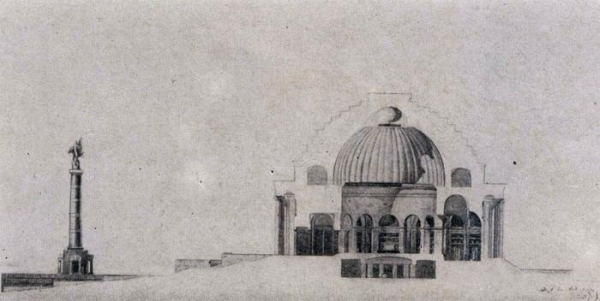 The project of architects A. Hrachova and Z. Ford. 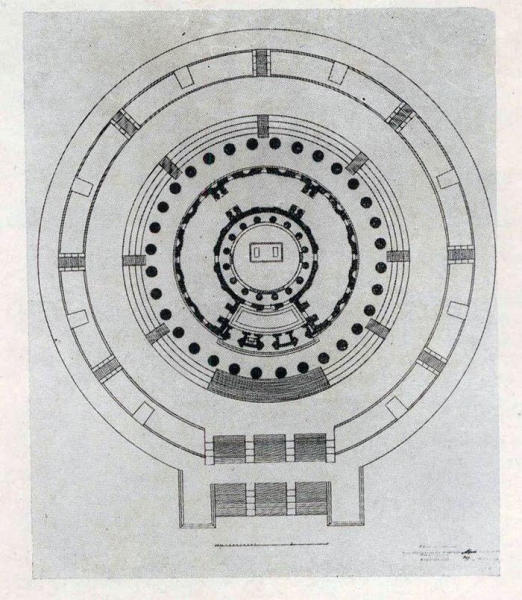 The project of the architect Dmitry Chechulin, etc. 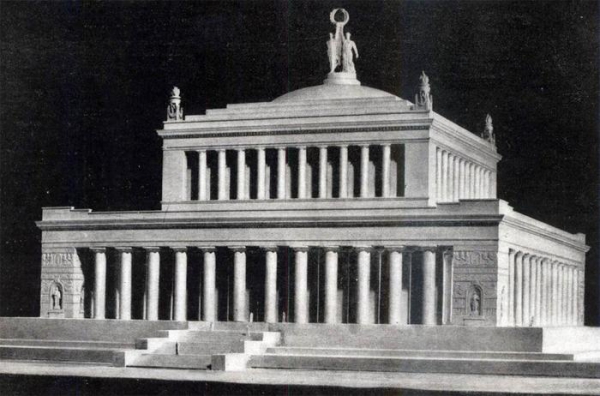 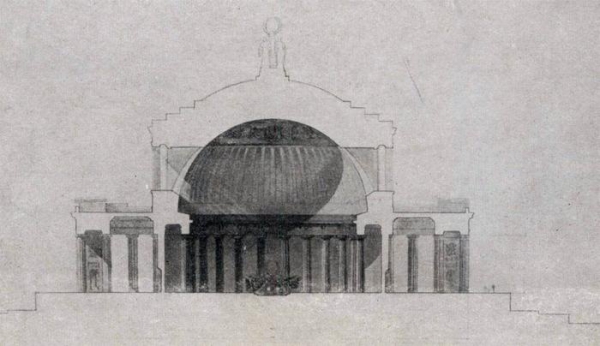 Somewhat monotonous course. Other variations on the theme of ancient Greece and Ancient But still interesting from the point of view of knowing that could appear in Moscow, but did not appear. In the next room continue the publication of contest works was not followed. The Pantheon was never implemented. Why? I don’t know. But you can dream up.

In February 1955 – that is, shortly after the announcement of the contest Malenkov was dismissed from the post of Chairman of the Council of Ministers of the USSR and began to intrigue against Khrushchev. And most likely all the projects of Malenkov, in which he began his tenure as head of the Council of Ministers, was closed. What, in particular, the assumption that the creation of a Pantheon of the greatest of Soviet leaders – the idea of Malenkov. Otherwise, I think it’s Khrushchev, it is unlikely he would from his ideas refused.