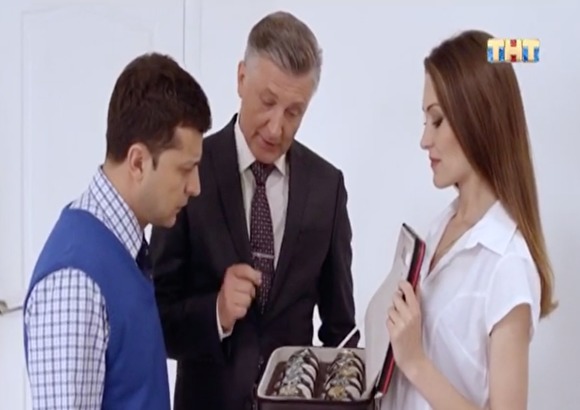 On the TNT channel started showing Ukrainian television series “servant of the people” with Vladimir Zelensky in the role of the President of Ukraine. The first series was censored, she cut a joke about Vladimir Putin.

As reported by telegram-channel “Briefings” from the original cut the joke about “Putin — hublo”. Hublot — watch brand, which in the series is the Russian leader.

And this phrase is cut only in the version which was broadcast on Moscow. Eastern regions of Russia saw the original version.

Recall that the channel TNT has announced the premiere of “public Servants” after the meeting of Vladimir Zelensky and Vladimir Putin in Paris at the summit “channel four”.