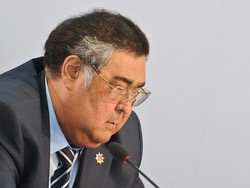 In the Kemerovo region some figures for you. All figures are from Rosstat.

Emissions of pollutants into the atmosphere – a 3-e a place in Russia.
Show completely…

The discharge of polluted waste waters into surface water bodies – 7-e a place in Russia.

Kemerovo oblast is among the 13 most disadvantaged regions, which account for more than 50% of all identified HIV-infected patients.

A purely raw material economy with a ruined ecology, shitty medicine, high mortality, significantly reduced positions in the national economy. This leaves you Kuzbass Tuleyev after 20 years of his reign, dear countrymen.