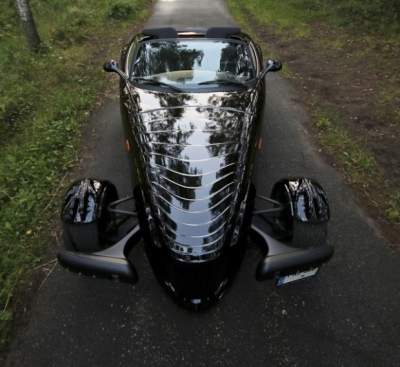 The car’s design thought out to the smallest detail.

The network has already appeared information about the unique tuning Plymouth Prowler, made by Ukrainian masters. Now this car is for sale.

By itself, the Plymouth Prowler looks unusual and reminiscent of hot-rod or Roadster 30 years. But our craftsmen have made it even more impressive and it was definitely the car of a Stranger.

Plymouth Prowler got the mouth of a grille and the claws on the front fenders, and the hood mimics the scales of the beast. Plus installed led headlights.

The technical part will likely remain unchanged. Under the hood is installed 3.5-liter V6 that develops 214 or 253 HP, while paired with him running a 4-speed automatic transmission. 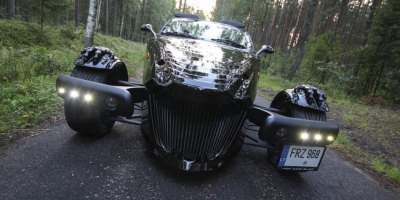 However, there is one caveat: auto avtonomera, because the Plymouth Prowler was produced from 1997 to 2002 and it does not correspond to norms Euro-5 and it cannot be customs cleared. By the way, just released less than 12 thousand 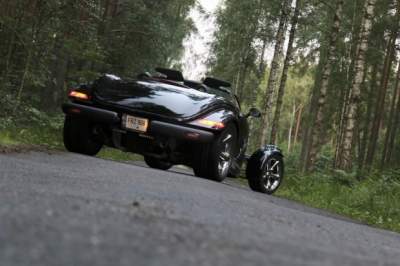