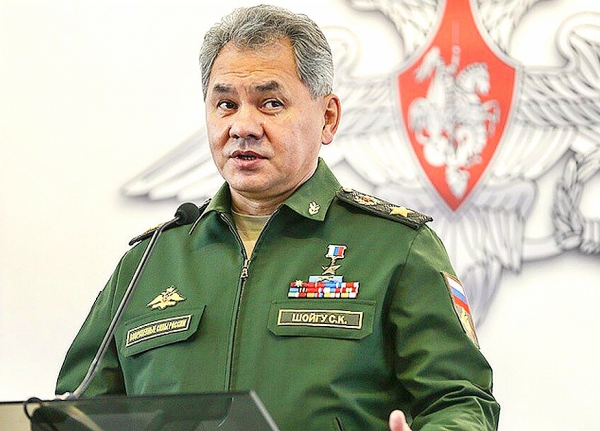 Titov has asked the defense Ministry to repay debts to contractors on ₽34 billion.

The business Ombudsman complained to the Ministry of defence for non-payment of the military construction managements of debts to contractors. Boris Titov proposes to solve the problem for example of debt settlement OPK.

Business Ombudsman Boris Titov appealed to the first Deputy Minister of defense Ruslan Zelikova because of the “many unresolved defaults” contractors from businesses eliminated several years ago the Federal Agency for special construction (Spetsstroy). Letter sent on 2 February, his RBC has a copy. In the apparatus of the business Ombudsman confirmed the sending of the document to the defense Ministry, which was Spetsstroy, engaged in military construction projects.

In total, the estimated apparatus Titov, the amount of unpaid debt to contractors of Spetsstroy is at least 34 billion rubles In the office of the business Ombudsman told RBC that appealed to him some of the affected companies, the debt of the former subsidiaries of Spetsstroy in front of them about 600 million rubles Among the largest applicants — the company “Peri” (“daughter” of the German Group PERI), Vozdukhotekhnika and “EZOIS-Yug”. Arbitration courts in 2018-2019 decided to recover from a variety of military and construction offices in favor of “Vozduhotehnika” more than 28 million rubles in favor of the company “EZOIS-Yug” — more than 97 million rubles, the total amount of claims “Peri” — 300 million rubles, However the company money and has not arrived, have informed RBC in the apparatus of the business Ombudsman.

Ways of repayment of debts by enterprises were not voiced, emphasizes in a letter to Titov. “The measures from the Main military Prosecutor’s office do not result in repayment in full,” he writes.

In a conversation with RBC Titov noted that the Ministry of defence on the words trying to help resolve the situation. “The Ministry is working on optimization of funds of these enterprises. Even given instructions about the repayment of the debt. All within the law, but the entrepreneurs that does not help — means almost not come,” he said.

In this regard, the business Ombudsman has proposed Zelikova to study the issue “in light of the announced decisions on the settlement of debt of enterprises of the military-industrial complex at the state level.” In December, 2019 Deputy Prime Minister Yuri Borisov told RBC that discussed debt restructuring defense industry for 15 years with the use of a five-year break with its low interest rate. We are talking about the debt for 300-350 billion rubles., the rest (400-450 billion) must be written off, said Borisov.

In 2019, Titov spoke to who was then the post of Prosecutor General Yuri Chaika with a request to begin testing the use of budget money on state contracts received by the enterprises subordinate Spetsstroy.

The largest debtor is the Main military construction management (GVSU) No. 14 had not paid contractors 7.8 billion RUB (this amount is issued writs 1698), was pointed out by Titov. For GVSU No. 12 in arrears by 3.33 billion rubles., for the GVSU No. 7 1.72 billion rubles., for the GVSU No. 8 — 650 million rbl. In response to the appeal of the Prosecutor General’s office proposed to control debt payments, the Main military Prosecutor’s office.

Spetsstroy was established in March 1951 and lasted 65 years of age in December 2016, Russian President Vladimir Putin signed a decree on its dissolution. By this time debts of Spetsstroy reached 210 billion rubles, noted in the apparatus Titov. Prosecutors linked the liquidation of the Agency with embezzlement in the construction of important state objects, including the Vostochny cosmodrome. The Ministry of defence clarified that the Spetsstroy was eliminated due to poor organization of work with subcontractors.

The construction of the East’s first civilian spaceport on the territory of Russia, which began more than eight years ago and has not been completed so far, was one of the largest projects of Spetsstroy. Due to irregularities in its implementation have brought over hundreds of criminal cases. At the end of last year, President Vladimir Putin commented on the situation with the Eastern: “a Hundred times it was said: work transparently. Big money is allocated. The project is almost a national character. No! Steal hundreds of millions, hundreds of millions. Several dozen criminal cases have been initiated. Held the decisions of the courts, in prison people sit. No. Order so there is still failed to restore as it should”.

All of Spetsstroy to the elimination belonged to 19 companies (the head office and 18 Federal — GVSU), in which there were about 37.6 thousand people. After the reorganization of the Ministry of defense reallotted almost half of GVSU, who continued to engage in the construction of military facilities. The rest of the enterprises of Spetsstroy military handed over to other departments and state corporations.

At the end of 2019 Vladimir Putin signed a decree on the establishment of a Military construction company (VSK), which will be the successor of Spetsstroy and the only candidate for the development of 1 trillion rubles from the budget. “The main task — to bring military construction from the commercial sector, under the influence of any external circumstances or unfair competition was not to bankrupt the company or to impose on it some kind of charge”, — explained RBC is the meaning of this decision, the Deputy Minister of defence Timur Ivanov. He noted that the establishment of the FAC will allow you to get rid of extra contractors, bringing the volume of work performed by own forces of the Ministry, up to 60% and simplify bureaucratic procedures.