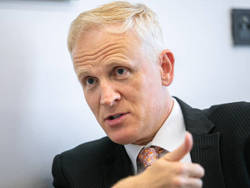 In Belarus the representative office of the world Bank and working in this mission a Alex Kremer, who recently spoke about the fact that the Belarusian economy is too public.

But according to bankers and they do not hide it, the national economy of any state must be necessarily private and necessarily owned banks through the mechanisms of credit bondage.

That’s not like the representative of the world Bank that there is a country where almost everything belongs to the people, not private individuals with foreign passports.

As it was stated by Mr. Kremer, Belarusians, is living beyond their means, and then live better than working and of course that blame the industrial enterprises, which belong to the state.

A “bad” government forces banks to share profits and credit, not only importers who are flooded with junk our market, but also industrial enterprises that provide work for Belarusians.

Apparently, Mr. Kramer is trying to convince our government and the population that if MAZ or MTZ will be in the hands of private persons, it will immediately start to make a profit, to pay higher salaries to workers and to flourish.

The implementation of the recommendations of organizations such as the IMF and the world Bank on the privatization of national industry on the example of our neighbors only leads to sad consequences.

In the hands of private business, the plant or factory often turn into Parking lots, shopping centers or multi-storey building than in a prosperous enterprise.

Although privatization of industrial enterprises in Belarus, no one denies, but the price for the plant or factory must be real and not symbolic.

After all, if today, for example, to privatize MAZ, the production will inevitably be destroyed, and therefore, the Belarusian economy will be deprived of trucks, buses, and everything that is produced in this factory. And have to look for a currency for the purchase of imported equipment.

After all, thousands of trucks and buses, which currently carry cargo and passengers in need of replacement, upgrade and repair.

And of course, that “world Bank” and Mr. Kremer will be happy to help in this case bonded loans, forcing the Belarusian people in debt.

More recently, such as Kramer was our BelAZ, which for many years showed losses, but now, thanks to the efforts of the state, is one of the most famous and profitable companies in the world.

Does anyone doubt that in case of privatization of this company it would simply be cut into scrap metal, leaving a couple of plants to collect imported equipment, depriving the work of thousands of Belarusians and ensuring employment of foreigners.

Prevents more foreign bankers state utilities, the most important thing that is necessary in our climate, namely warm roof over my head is available the majority of the population of Belarus. What happens if housing falls into the hands of private owners to explain and not worth it, not the fact that the quality of service will improve, but the fact that tariffs are not available to everyone obviously. And a large part of the population will be forced to grovel before officials begging for subsidies to pay for heat and light. And Belarus is not near the equator in order to survive the winter in shorts and t-shirt.

Why “the world Bank” if it is, the world will not take the economies of the EU or the USA, which over the past decades show only the growth of debt, calling these debts by economic growth. 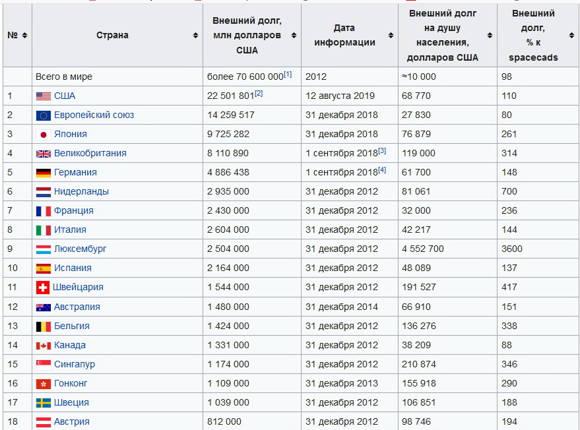 The debts of the civilized countries 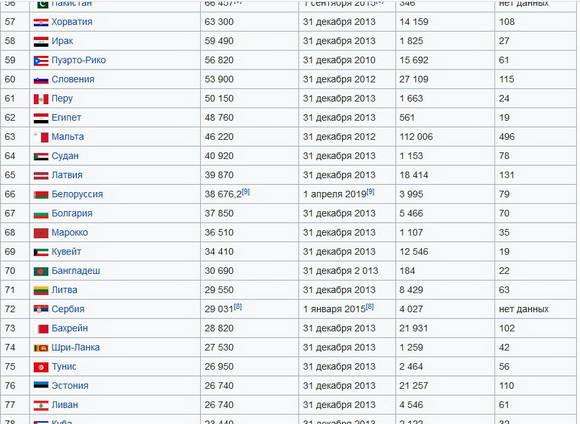 In other words, Mr. Kramer on the one hand, as a representative of the world Bank called for the openness of the Belarusian market for imported goods, and on the other believes that the Belarusian industry should be more efficient than Asian.

The interesting thing is that, scaring the global crisis, Mr. Kramer believes that Belarus has deprived national industry will suffer the least. Indeed, in the years of crisis, investors withdraw their capital from emerging markets.

The question is, if MAZ goes to the owner, and he closes it immediately, thrown into the streets tens of thousands of workers, what prevents to do it in another crisis of capitalism?

Apparently, Mr. Kramer doesn’t know is that every wave of the crisis, state authorities of different countries save private corporations from bankruptcy, to avoid food riots of the unemployed.

Really would like Mr Kremer have provided an example of a state that followed the recommendations of the world Bank privatized all its economy and has shown enviable economic situation, developed industry, science, education and national culture. And was not in the position of the colony, who supply in first world countries raw materials and cheap labor.