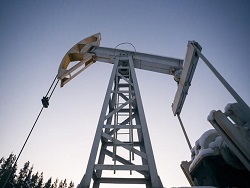 Italian company Eni has frozen the joint project with Rosneft on the shelf of the Black sea. This was reported by RBC with reference to its sources. As told by the insiders, this was done because of the threat of us and European sanctions.

Representatives of both companies declined official comment, and head of the Federal Agency for subsoil use (Rosnedra) Evgeny Kiselev in the comments said that Geologorazvedka the activity of “Rosneft” on a site the Shaft Shatsky in the Black sea is suspended during the sanctions until the necessary technological equipment. Experts suggest that later will be frozen, and joint projects with Eni in the Barents sea and the Arctic.

If the information is confirmed, but it looks like it will be so, this is another severe blow to the Russian oil industry. The fact that the agreement on the development of the area concluded in 2012, i.e. two years before the imposition of sanctions. The work was started in March 2017, but then, as reported by the media, rig left the scene of the investigation. According to sources, it happened because Eni has started drilling in the Black sea, requesting permission of the United States, but without waiting for a response. In the midst of the work, the answer came, and he was unequivocal — drilling contrary to the sanctions regime in 2014.

Recall that when the EU and US have banned its residents to supply equipment and technology for Arctic and offshore projects, water depth over 150 metres, as well as shale oil in hard to reach areas. In August 2017 the sanctions were extended, raised and gas industry. Later, the state Department explained that the restrictions apply only to projects begun after the President signed the bill, but judging by the politics of Washington this time may be revised. In addition, work on the new fields certainly falls under the financial sanctions that may cause problems with the investment.

Eni was not the first Western company refused from joint oil projects with Russia. On 1 March it became known that ExxonMobil decided to withdraw from projects with Rosneft due to the sanctions the US and the EU. The annual report said that in 2013 and 2014, they have created various joint structures for the exploration and scientific research. However, after the expansion of sanctions in 2017, the company decided to drop them. Officially, the exit procedure will start in 2018.

ExxonMobil has estimated its losses from a rupture of cooperation to 200 million dollars. The company planned to work on the shelf in the Kara, Chukchi seas, the Laptev sea and the Black sea.

Previously, the company Shell has suspended work on shale projects “Gazprom-Neft”, including in the promising field of the Bazhenov formation in the Khanty, and the Total transferred its share to LUKOIL in the project development sites with hard-to-recover oil in Khanty-Mansiysk.

The Edition “The Newspaper.ru” estimated that sectoral sanctions in total, has already led to the freezing of more than ten oil projects and the suspension of work in several shale areas. In the long term this can lead to a drop in oil production by 10%.

In 2017, according to the Central dispatching management of energy, oil production in the country decreased by 0,1% and amounted to 546,8 million tons. Although we should not forget that Russia has acceded to the agreement by OPEC to reduce oil production. At the same time, from 2012 to 2016 production rose by 6%.

According to experts, most Russian companies are experiencing difficulties in the development of shale and offshore fields, as they have no appropriate equipment for geological exploration, or technology. Import substitution in this area in 2014 has not brought any noticeable results.

15 March, the experts of the Energy center business school SKOLKOVO published a study “prospects of Russian oil production: life under sanctions”, which concluded that “the lack of access to new equipment and lack of development of own technologies of oil production against the background of growth of tight oil will have a fatal impact on the industry”.

According to experts, the sanctions have a cumulative effect and will emerge later. In the negative scenario, by 2025, production could fall by 5%, and by 2030 — 10%. It is, therefore, bears the losses for the budget of about 150 billion rubles (approximately 4% of the tax revenues from the industry in 2016), but by 2030 they could reach 270 billion rubles (10%). However, analysts added that this can be avoided through the development of its own technology and flexible tax policy.

Development Director of the energy development Fund Sergey Pikin believes this forecast is unnecessarily alarmist. According to the expert, already explored deposits is enough to keep production at current levels until at least 2025. In addition, a favorable tax regime for mining in remote areas can block the damage from sanctions.

— At the moment oil and gas revenues form the budget by 40%, and for the most part it is the oil and gas sector. In 2018 the revenues of the budget should be more than 15 trillion rubles. Even if in 2025 the budget will be short of $ 150 billion, it is not critical.

But I am convinced that from the point of view of sanctions regarding offshore operations and this figure is greatly exaggerated. Even if production in the Barents sea has successfully started, the effect of it would be at best noticeable by the middle of next decade, and that is not right, and with the gradual exit of the peak design capacity. As for the Black sea shelf, in the light of recent discussions about how to spend the border between Russia and Ukraine in the Crimea, it is generally more of a legal issue and not a problem of technology.

Our other projects associated with tight oil, including shale, slowly moving. Our companies and previously led independent work, and now they have intensified and the Bazhenov formation and other complex projects. Nobody throws, on the contrary, work on them gradually moving. Not to say that there is a huge progress, but the development strategy is aimed in the wrong direction, and the work goes on.

So I would not dramatize the situation with the shortfall in Western technology. Especially since we now are in the mode of limiting the production of oil and, apparently, it will be continued beyond 2018. Yet the critical situation there.

“SP”: — But what if the sanctions will have a delayed effect? This is the decline of investment in industry…

— Investments in rubles in the Russian oil industry is not reduced. And due to the high cost of oil in the past years has created a large backlog, thanks to which every year we increased production.

It’s not even investment. Now the main growth at new fields we have going on is due to hard-to-recover oil, so the most important is a favorable tax regime companies which are there prey. The tax regime is 90% of success in comparison with the sanctions and restrictions. If it is properly structured, the development will continue. If not, even without the sanctions the situation in the oil industry would not be the best. Domestic policy in this case is more important than external constraints.

“SP”: — But technology in some areas we lack, how to solve this problem?

— We have the technology not so much in production as in exploration, i.e. in finding of new deposits. But, by and large, that is already open and that you can develop is a huge and promising field, and its development is associated not with the sanctions and with the policy of the state.

Leading expert of the national energy security Fund, lecturer of Financial University under the government of the Russian Federation Igor Yushkov considers that offshore projects would be frozen and without sanctions.

— After the fall in oil prices, the development of offshore projects became simply unprofitable. Prices dropped from 110-120 to $ 34 per barrel, and for a long time kept at 40 dollars. But even at a hundred dollars like an open field of “Victory” in the Kara sea is also unprofitable.

The company hoped that with the start of drilling until the full introduction of the field will be in operation about ten years. During this time, they hoped, first, to perfect the technology and reduce the cost, and, secondly, the expected growth in oil prices. At 50-60 dollars per barrel, no one without sanctions would not have worked on these projects, because it is not profitable.

About the same story with shale deposits. First, at current prices, they are not profitable, and, secondly, even the Americans and Europeans do not have the technology to develop them. You can’t just go with the American technology and begin drilling at the Bazhenov formation. This is supposed to be a variant taking into account Russian specifics, but this has not happened.

“SP”: — what about the import, can we do to replace these technologies?

— Time will tell, but I can say that the Bazhenov formation active. In General, the substitution on shale projects progressing faster than on the shelf, because that’s where the profitability is higher. They may be repaid at 60-70 dollars per barrel. Plus it’s fields in Western Siberia, which already has all the infrastructure, so to develop them easier. Although, not so long ago some clowns from the Russian economy in three throat prophesied about the “shale bubble”. But these are the same “experts” run the country and, apparently, quite satisfied with the so-called President.