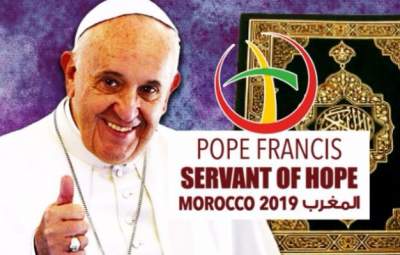 Logo unveiled for the event in UAE with the participation of the Pope.

The oldest Council of Muslims was organized in Abu Dali, capital of the UAE, the international conference called the “brotherhood of man”.

The event, held in the period 3rd to 5th February, was devoted to religious tolerance and combating radicalism and terrorism. It is noteworthy that the conference took place at the time of arrival in Abu Gave Pope Francis.

After the meeting, the Vatican began preparing for the Apostolic journey: Pope’s going to visit Morocco. It is known that for this purpose we created the logo, collected from fifty different options.

In the picture you can see the cross in the style of new Age music that is rounded Crescent of Islam. Yellow and white colors refer to the Vatican, while red and green – Islam. The cross and Crescent symbolize Christianity and Islam, they represent the religious relationship between Christians and Muslims.

This logo is used to distribute among the people of the Chrislam movement, which includes both the Christianity and Islam. From all this we can conclude that the new logo was developed to create a new world religion, which should replace all existing beliefs. 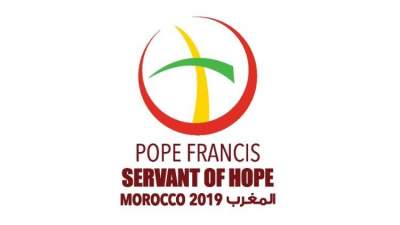