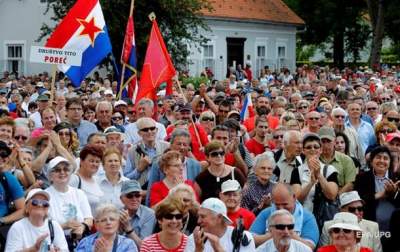 In the US, pointed directly at the Kremlin.

Acting assistant Secretary of the USA John Heffern assured that Russia tried to interfere in the elections in Montenegro to prevent its entry into NATO.

According to him, Russia has used “all available resources to subvert elections in Montenegro”. “I believe the explicit aim of this campaign was to change the motion of Montenegro’s accession to NATO,” he said, speaking at a conference in Washington.

Earlier, Russian foreign Minister Sergei Lavrov called dishonest statement of Montenegro for the “intervention” of Russia in the Affairs of the country.

Before the official representative of Russian foreign Ministry Maria Zakharova said that the accusations against Russia aimed at justifying its own population of joining NATO.