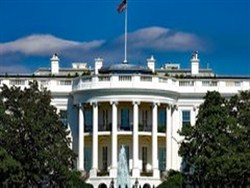 The US special envoy for Venezuela Elliott Abrams was at the briefing said that Washington may introduce sanctions against Rosneft for cooperation with Caracas.

“Yes, “Rosneft” can [to get the sanctions]. [But] we haven’t got to that point. “Rosneft” earned Venezuela the money”, – quotes RBC of a word of Abrams.

According to Abrams, the Russian company is supposedly buys from Caracas oil at a discount and then resell at a higher price. According to him, thus “Rosneft” and at the same time helping the authorities of Venezuela, and “squeezes” out of the country money.

“At some point we will have to think about a response,” concluded the special representative.

In January 2019, after a failed coup attempt in Venezuela, the United States imposed sanctions against major oil company in the country – PDVSA. As a condition for lifting restrictions had been named transfer of control of the company of the Venezuelan opposition.

In March, U.S. Secretary of state Mike Pompeo said that “Rosneft” on-former buys from PDVSA oil despite the sanctions, “saving mode” of current President Nicolas Maduro. The Russian company said that carrying out commercial activity under the terms of the contracts that were concluded before the U.S. sanctions.