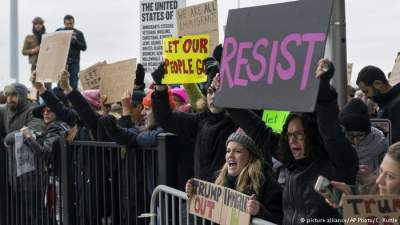 The list of unreliable countries have not previously been published officially.

The Department of homeland security US said that the country’s leadership decided to abandon the practice a complete ban on the entry of refugees from 11 countries. Instead, refugees will be more thorough inspections.

As you know, in October 2017, the U.S. has resumed the program of reception, making, however, an exception to 11 countries, refugees of which pose a “threat to national security”. A full list of countries to date have not been officially published. According to the information of organizations for the protection of the rights of refugees, we are talking about Egypt, Iran, Iraq, Libya, Mali, North Korea, Somalia, South Sudan, Sudan, Syria and Yemen. Except North Korea, all these countries are Muslim.

Also recall that the restriction on entry into the U.S. of migrants became one of the main election promises of Donald trump. After assuming the office of President, he has issued several decrees of migration, which, in particular, banned the entry of citizens of six countries with a predominantly Muslim population. In addition, 23 December 2017, the newspaper the New York Times has accused Donald trump in a pejorative statements about migrants from Afghanistan, Haiti and Nigeria. At the same time, according to the research of the Pew Research center, in 2017, the rate of admission of refugees to the U.S. has dropped significantly. So, for 9 months, the U.S. has granted asylum to 28 thousand people. In 2016, the shelter received 97 thousand people.