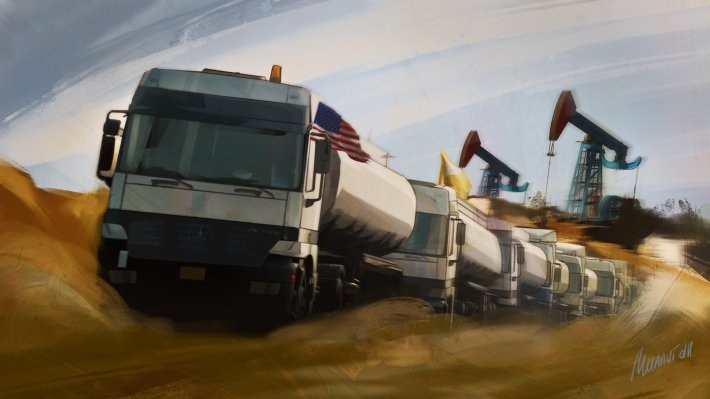 The Americans, who declared that intend to leave Syria, as they defeated ISIS, has launched a reverse process.

According to media reports, the United States and its allies was in some way distributed in Syria and are present in various oil fields, with their direct activity functions of the criminal scheme cross-border shipment of Syrian oil. According to the military experts, under the patronage of the Americans is the formation of new armed forces that can threaten the sovereignty of Syria.

According to the main operational Directorate of the General staff of the armed forces, American instructors are training militants armed groups on the basis of al-TANF in Syria. In total, there are stationed about 2.7 thousand people, trained to conduct sabotage operations. In addition, the American private military companies (PMCs) under the guise of aviation of the international coalition busy looting of oil facilities and fields Conoco, El-Omar and Tanak, located on the Eastern Bank of the Euphrates. With the direct activity of PMCs functioning in the criminal scheme of cross-border supplies of Syrian oil.

According to reports, a considerable part of incomes from illegal activities goes to the “contents of illegal armed groups, bribery sheikhs of the Arab tribal alliances and fomenting anti-government sentiment”.

The Syrian authorities want to return the revenues from oil exports in the budget in order to send them afterwards to rebuild the country. This is possible only if the government forces will be able to regain back the territory on the East Bank of the river Euphrates, which were seized in the result of military conflict.

While the Americans through oil smuggling legalize its supplies through Iraq and huge profits. Further, in exchange for oil supplies to the armed groups of Kurds receive weapons from the Americans. Attempts to establish contact with the headquarters of the United States, located in raqqa, about controversial issues did not meet a response.

Thus, the US by its actions – the seizure of oil and the preparation of militants setting the stage for a new destabilization of Syria.