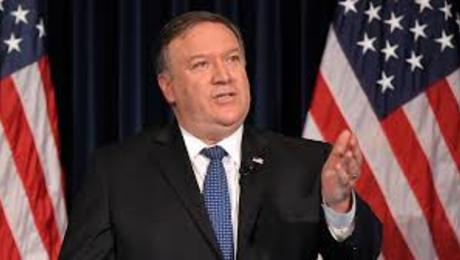 U.S. Secretary of state Mike Pompeo blamed the attack on oil tankers in the Gulf of Oman on Iran and threatened retaliation.

The United States accused Iran of escalating the situation in the Persian Gulf. “These unprovoked attacks are a threat to international peace and security, an open attack on the freedom of navigation and demonstrate an unacceptable campaign of escalating tensions with Iran,” said reporters Pompeo.

Today in the Gulf of Oman was attacked two tankers carrying oil. On Board one of them were sailors-the Russians, who successfully evacuated. Reuters also reports that the Taiwanese company hired the tanker was hit by a torpedo. Last may there have been similar attacks on tankers of Saudi Arabia and the UAE.

Andrew Chuprygin, senior lecturer of the HSE School of Asian studies, expressed his attitude to the possible conflict.

– Let’s start with the fact that I’m not sure what happened to those tankers. It is unclear what hurt them. Someone says that almost torpedo attack, some shell. It is significant that this is the same place where the last attack in may, on the traverse of Fujairah in the Gulf of Oman. Someone have used this place. And the US has accused Iran in that the Iranians dropped mines near the Strait of Hormuz at the outlet from the Persian Gulf.

The Saudis and the Americans and this time, immediately began to warn Iran, threaten him with a responsibility with the hint that it’s his job. But I’m not sure that this is the handiwork of Iran, like last time, and now, especially now. There is another piquant detail – one of the tanker carries the cargo for Japan. And the attack occurs at the very moment when the Prime Minister of Japan is visiting Tehran. And, it turns out that the Iranians have decided to shoot themselves in the foot?

But someone still really wants to start a war in the Persian Gulf. Why? Not to play soldier. There is a purely economic interest, because the first result of this war will be closing the Strait of Hormuz, the output from the global circulation 25-27% of oil sold. Increase in oil prices that would seem beneficial to any country-exporter of raw materials.