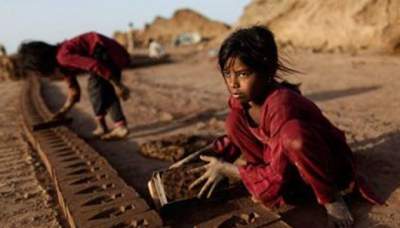 More than 40 million people are suffering from various kinds of restrictions of freedom.

About 40300000 people on the planet have become victims of contemporary forms of slavery, including forced labor, marriage, and sexual violence.

This is stated in a joint report released Tuesday by the relevant UN agencies and non-governmental organizations, reports the correspondent of UKRINFORM.

“According to estimates, in 2016, on a daily basis victims of modern slavery are 40300000. Of them 24900000 force work more 15400000 are in forced marriages”, – is spoken in the present study, the International labour organization, International organization for migration and NGO.- Slobodian

This clarifies that the list includes people who are forced to work in factories, farms and other places under threat or coercion. In addition, it also covers the sex industry.

Most of modern-day slavery affected regions of Africa, Asia and the Pacific and Europe and Central Asia, the researchers said. About a quarter of the victims of slavery – children, including those who were forcibly married or married and those who were in the sex industry. The latter counted about 1 million

In this regard, the UN has urged to stop the spread of this phenomenon and include both government and civil society.