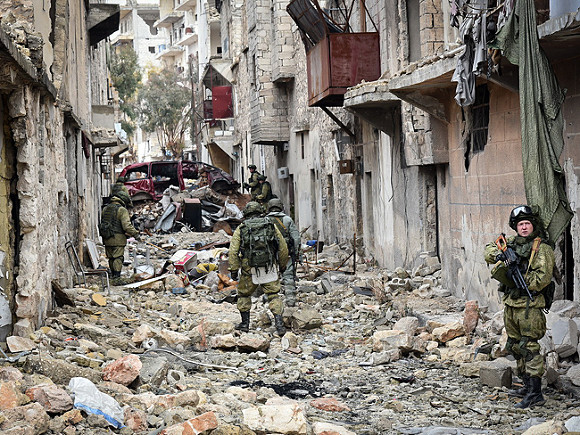 In the North Syrian province of Aleppo, the Russian military came under fire, presumably from the Turkish army. It is reported North Press Agency.

According to media reports, under fire hit a village in the district Saran in the border Kurdish region of Afrin. There were Russian soldiers, clarifies the issue.

Official confirmation of this information yet.

Earlier it was reported that the Turkish military have come under artillery fire. According to the Ankara attack carried out by Syrian government forces in Idlib. Later, the Turkish air force struck back at targets in Syria.

Media also reported that on 1 February in Syria killed four fighters of special troops of FSB. According to “Novaya Gazeta”, they were allegedly sent to the country to provide security for the planned Syrian-Turkish talks at the highest level. Against the background of these developments, Turkey’s leader Recep Tayyip Erdogan said that he would not “quarrel” with Russia. “We will discuss everything, but without malice, taking into account that we have with Russia is joint with the special strategic nature of the initiative,” — said the Turkish President.