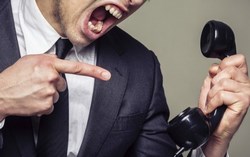 Banks, in contrast to the collectors, not to be penalized for violations of the law on collection of debts of natural persons and hard work with the borrowers, considered in the Supreme court (SC). A landmark decision came earlier in the week in review of jurisprudence portal “Garant”, writes “Kommersant”.

As follows from the materials of the case, in 2015, the borrower took out a Plus Bank loan, which stopped paying. In 2018, the Bank’s employees trying to collect debts, began to send to the debtor messages in social networks and also post on the pages of her friends, “exerting a psychological pressure with the use of obscene expressions and other actions that humiliate honor and dignity”, including “using threats of physical force and infliction of harm to health”.

The Bank also cooperated with third parties, “allowing the disclosure of information about the debtor, the overdue debt, its recovery and other personal data of the debtor to an unlimited circle of persons”. The debtor complained to the Federal bailiff service (FSSP) for violations of the law to recover overdue debts (230-FZ), and bailiff of the Federal bailiff service in the Republic of Bashkortostan was made against the Bank, the Protocol on administrative offense.

The court of first instance fined the Bank for 20 thousand rubles, and the higher courts have confirmed the legality of the decision. However, the Bank challenged this action in the Supreme court, which recognized that the Bank violated the 230-FZ, however, indicated that the subjects of part 1 of article 14.57 of the administrative code (where you define the penalties) are “the creditor or a person acting on his behalf and (or) in its interests (except credit institutions)”. Plus, the Bank was not “subject to the imputed administrative offense” and the fine was cancelled.

To resolve the conflict, the Ministry of justice drafted a bill which was to remove the controversial wording, but the Bank of Russia did not support it in terms of distribution of administrative responsibilities to the credit institution. The Central Bank stated that “the right to use control measures against credit institutions”, including for violation of the provisions of the 230-FZ, already contained in the law “On the Central Bank”. Thus for six months the regulator has received from the citizens of more than 74 thousand complaints about banks from which 3,12 thousands of concerned violations in the collection, however, in relation to banks of the Central Bank for all kinds of violations were issued only 133 of the Protocol on administrative offense and 13 orders to eliminate violations.

In the FSSP, in turn, insist that the rules established 230-FZ, “apply to all parties to the relevant relationships, including credit organizations”. For the first half of 2019, the service received more than 1,36 thousand complaints of citizens about violations of the debt collection by the banks, was filed 42 cases of administrative offences. In six cases, the courts were fined for a total amount of 235 thousand rubles, for 11 cases were terminated.

From the perspective of the meaning of the law unclear for what reasons the credit institution should be excluded from the list of liable entities, perplexed the head of projects in legal group “Yakovlev and partners” Andrey waterfront. The position of the sun will allow the Bank employees not to restrain themselves in the methods of receiving money, in the end, this may lead to a repetition of scandalous stories with “black” collectors, but now will have banks, he warns.

The courts of first instances, of course, be guided by the decision of the sun when making decisions, in fact, given the “green light” aggressive style of work of the departments of collection banks, adds the head of “Law office №1” Julia Kombarov.